Romain Grosjean’s return to competitive action after his Bahrain Formula 1 crash was incident-packed in the VCO ProSIM Series event on Saturday evening.

The ex-Haas driver returned to the esports series for its first round of the new year at Interlagos, which marked the halfway stage of its season.

The team of Ayhancan Guven and Josh Rogers (below) won the main race from Muhammad Ibrahim and Alejandro Sanchez by just under three seconds, claiming the maximum number of points as Rogers took pole position. 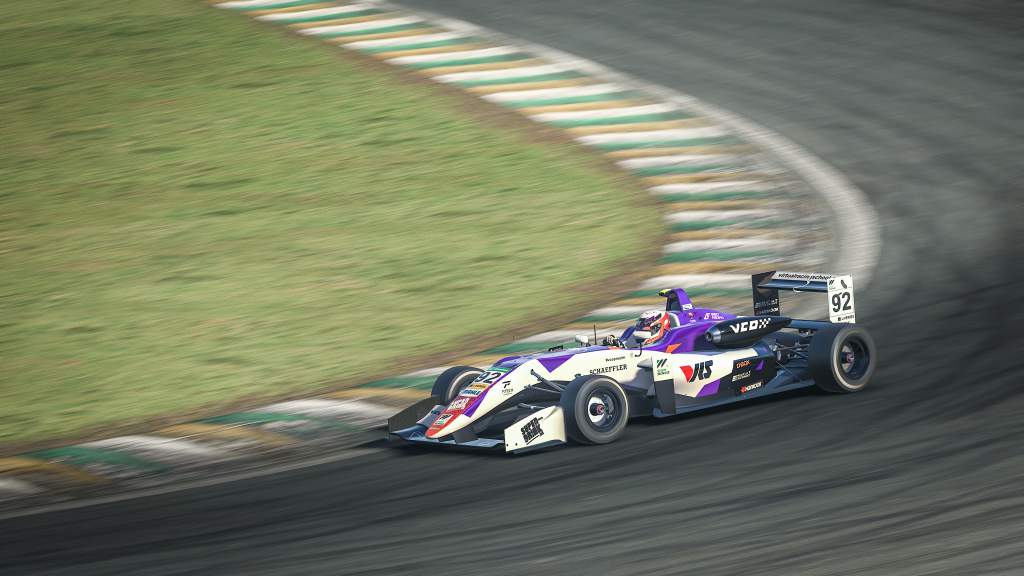 Grosjean’s sim racer team-mate Thomas Petitjean was second-fastest in qualifying, but any chance of an exceptional return for Grosjean was wiped out when Petitjean was hit by Maximillian Benecke on the second lap of the race (see main image), sending the R8G Esports car into the wall on the exit of the Senna ’S’.

Petitjean dropped to the back of the pack with championship leader Benecke given a drive through penalty which dropped him from third to 17th.

Once driving duties were passed over to the former-F1 driver, Grosjean climbed his way up to 22nd place out of 40 cars.

Predictably, a number of high speed crashes caught out most drivers, with only the top three drivers finishing the race within 30 seconds of the winner as they fought out a photo-finish at the flag. 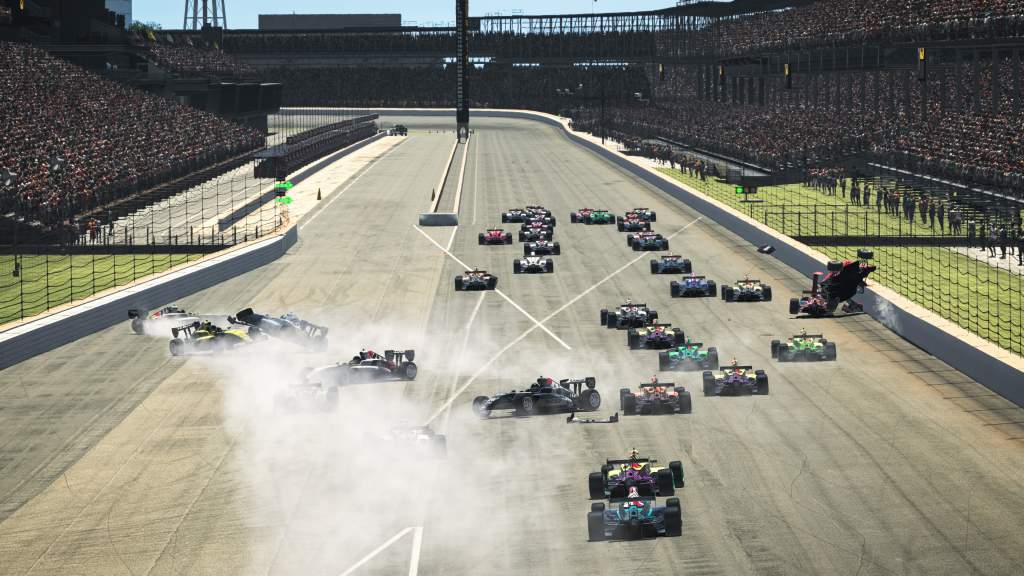 Included in that long list of victims from the many crashes were Grosjean and IndyCar driver Robert Wickens who were both running at the front of the field before their crashes.

Grosjean then raced his way back to ninth in the field of 40 drivers by the finish.

In the main race, a surprisingly poor qualifying session for Red Bull Esports driver Graham Carroll meant he started the race in 20th, but was in ninth when he handed the car over to Laurin Heinrich.

Heinrich’s strong pace compared to the other real-world drivers meant he climbed up to fifth place, just losing out to IndyCar driver Sage Karam on the flat out run to the finish line by 0.008s.

Importantly Carroll’s fifth place compared to Benecke’s end result of 11th means Carroll is ahead of Benecke in the standings when both were tied on points at the top of the table heading into the race.

Also Heinrich outscored all of his immediate title rivals in the real-world pro championship to maintain his place at the top of that championship.

For the majority of the 20 minute fun race it was Beitske Visser and Formula 4 racer Elias Seppanen who took turns at leading before Louis Deletraz caught up to make it a three-way fight.

Deletraz became the fourth different driver to win a fun race in the ProSIM Series, beating second placed Seppanen by 0.001s with Visser 0.055s away in third. 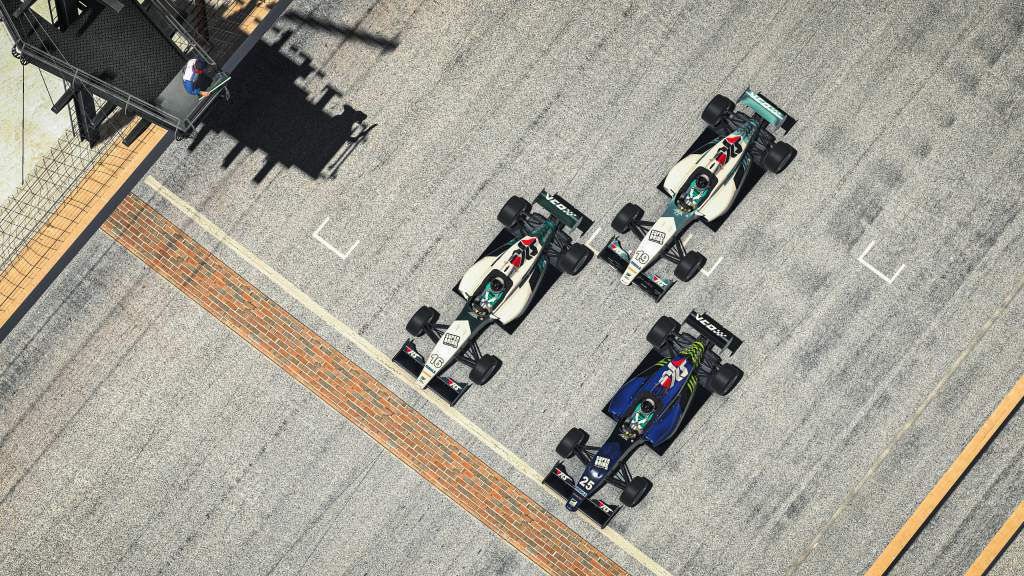 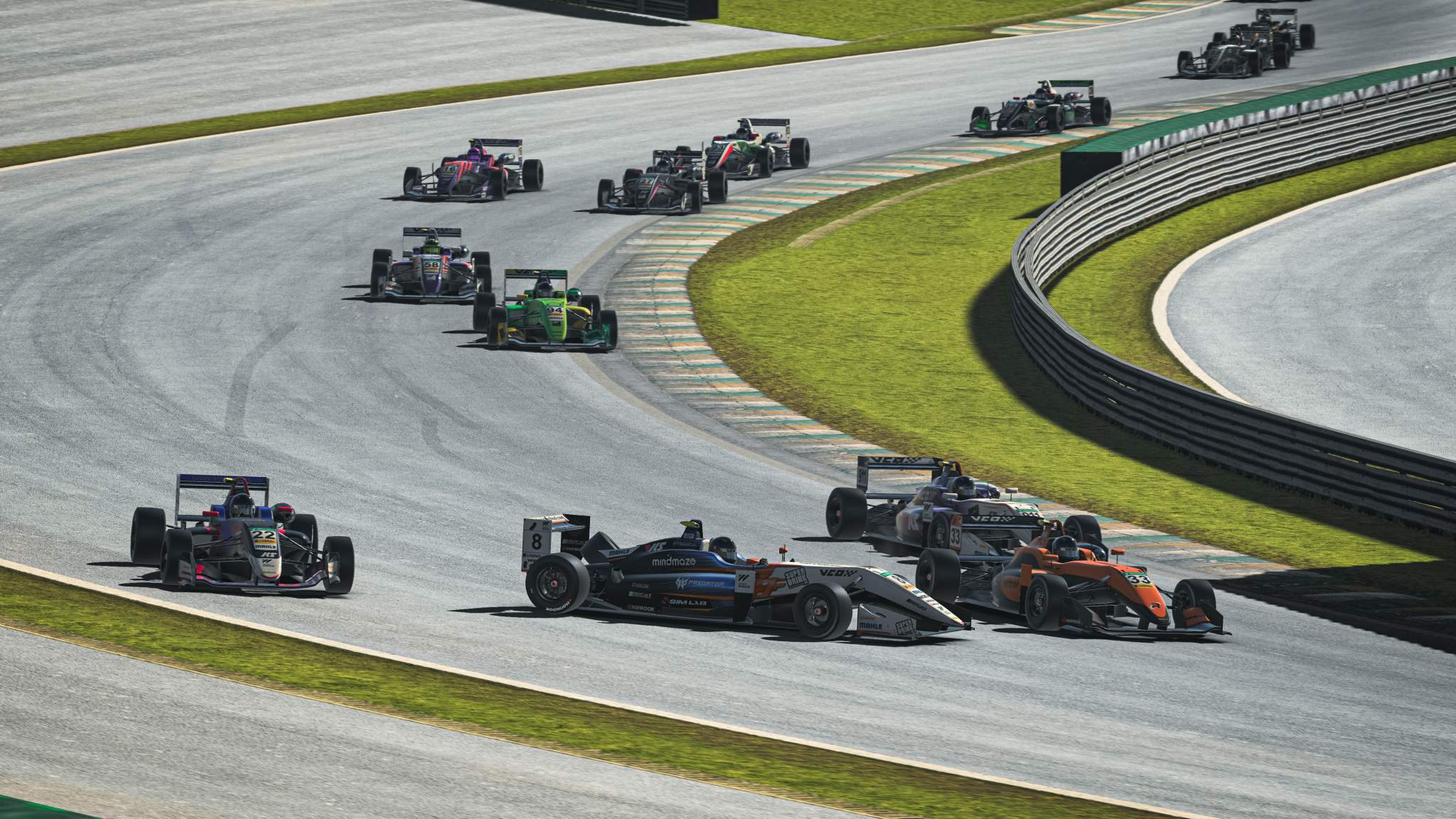