How qualifying is deciding the F1 Esports title race - The Race
Skip to content
Esports, Formula 1

How qualifying is deciding the F1 Esports title race

Half of this year’s F1 Esports Pro Series has been completed, with Alfa Romeo’s Jarno Opmeer still at the top of the drivers’ championship, having led it ever since the end of the first race.

Heading into the next event tonight, Red Bull’s two drivers sit behind Opmeer in second and third in the standings, but their 1-2 in the previous race means Red Bull has a 25-point advantage over Alfa Romeo in the constructors’ championship.

The most recent race, which was at the Red Bull Ring, demonstrated just how crucial a good starting grid position is in F1 Esports.

After scoring points in all five of the previous races, a shock Q1 elimination for Joni Tormala meant he finished outside of the top 10 in Austria. 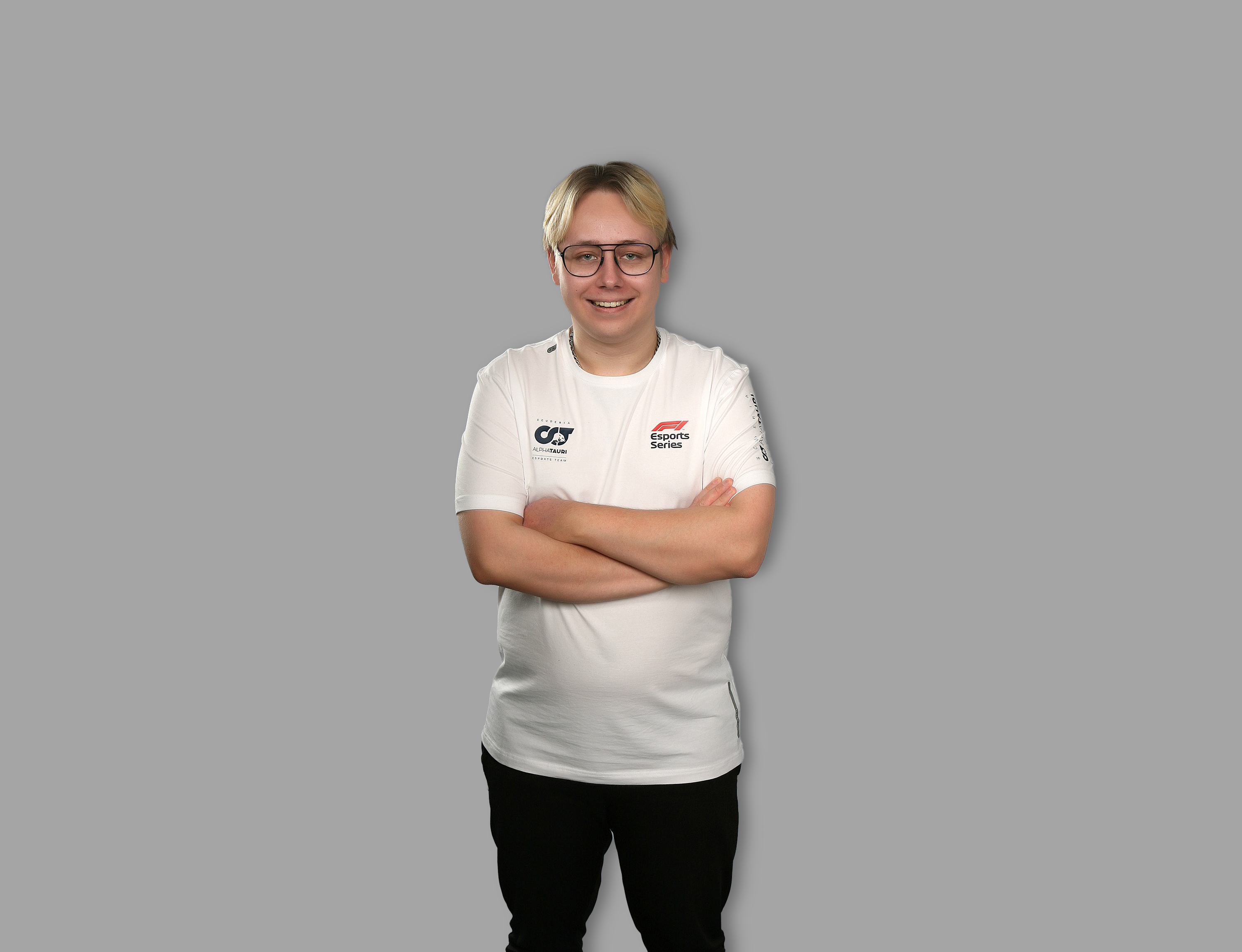 Tormala failed to stick within track limits and set a valid lap time in his first few attempts, so he went cautious on his final lap to ensure he put a time on the board.

He later claimed he left a tenth of a second in reserve in his attempt to ensure he set a valid laptime. If true, that would’ve meant he’d have ended the first session in 10th rather than 17th, had he not held back.

“The grid is so incredibly close that you can’t really leave any time on the table” :: Joni Tormala

Forcing himself to try to get through on the final lap proved to be costly and, in hindsight, Tormala regrets how his qualifying session went.

“I don’t think it’s a thing you should do to be honest but I was in a really tricky position there because I invalidated four runs before that so I just had to get a valid lap in and in the end it didn’t really work out,” Tormala said.

“I think the grid is so incredibly close that you can’t really leave any time on the table.

“Only on a few occasions can you save tyres in qualifying like Zandvoort, I managed to get out of Q1 with one set of tyres only.

“It’s so tight in qualifying that I don’t think you should do that.” 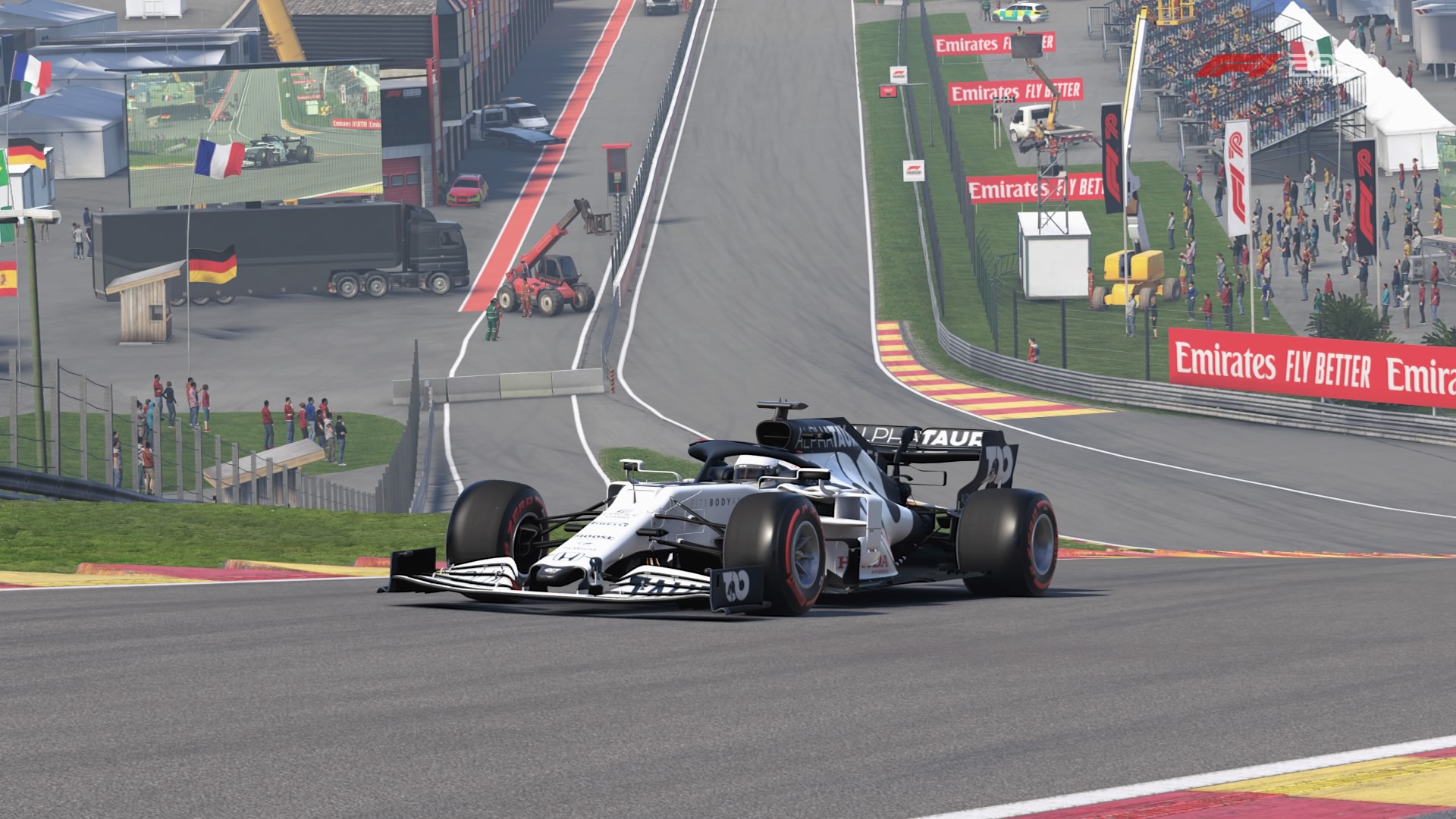 The AlphaTauri driver does have form with turning bad starting positions into points finishes, doing so at Spa last year.

Driving for Red Bull at the time, he started the race in 16th but pitted at the end of the first lap.

This massive undercut strategy allowed him to jump a lot of drivers and see the chequered flag in sixth place.

Despite this Tormala sees his performance last year as something that’s unlikely to be repeated and believes qualifying to be more important than ever, even with the return to Spa in the upcoming event.

“You are normally stuck behind a DRS train because everyone is more or less the same pace” :: Alvaro Carreton

“When you compare these [upcoming] tracks compared to Zandvoort, where it’s basically impossible to overtake, it should be easier but still in F1 Esports qualifying decides quite a lot,” Tormala said.

“Sometimes you can make really good comeback drives like I did in Spa last year but it’s more of a rare thing to do.

“So I still think the guys who qualify up at the front are in a stronger position.”

Williams’s Alvaro Carreton had a much better time in qualifying at the Red Bull Ring, taking his first pole position of the season.

From there he was able to end the race in fourth, his joint-best 2020 result. 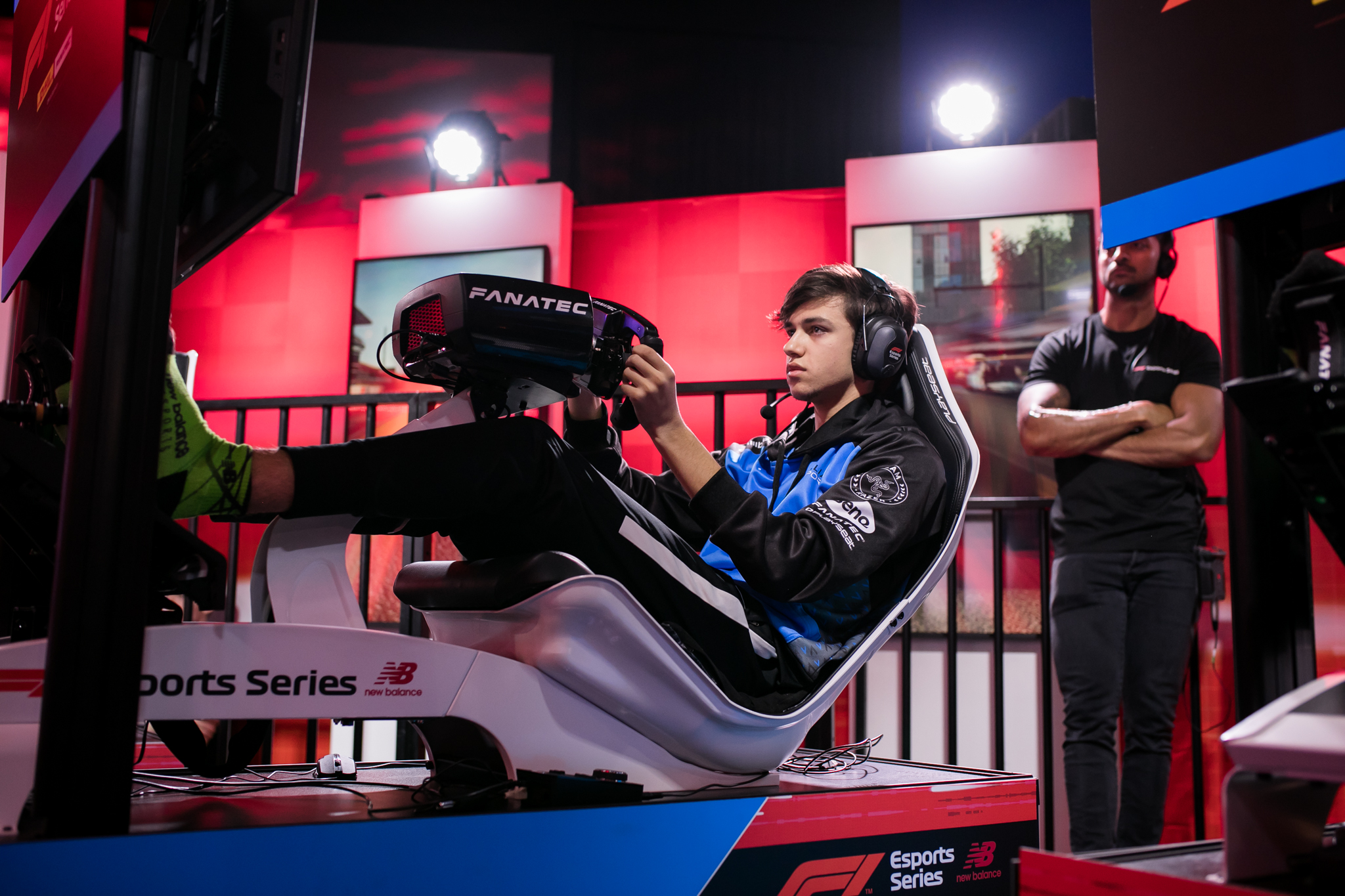 The circuits the drivers will be racing at in the third event are Silverstone, Spa and Monza, which many would assume will produce more overtaking than shorter and narrower circuits such as Zandvoort.

However, Carreton predicts that overtaking won’t be as easy to come by as expected in the upcoming event, especially in the race at Monza.

“Qualifying is always important, especially in this grid where you are normally stuck behind a DRS train because everyone is more or less the same pace,” Carreton said.

“But we’ve seen that you can overtake, for example at Canada where Dani Moreno went from P16 to P5.

“To do those kinds of comebacks you need to have a chaotic race which I don’t expect at Silverstone, maybe at Spa – but [at] Monza it’s really easy to be behind another car even if it’s faster.

“It seems like it’s easy to overtake, but when you’re stuck behind someone with DRS it’s almost impossible [to pass] so qualifying is really important.”

One of the Williams driver’s best results in the 2019 Pro Series was fourth place at Silverstone, a result he’s hoping to improve upon this year.

“I’m more confident than ever, to be honest,” Carreton said.

“Obviously you need to be able to deal with the pressure, set the lap when it counts obviously but I feel really confident there.

“I think I really could, at Silverstone, try to finish at least on the podium this time.”

While Tormala is most looking forward to the race at Spa and Carreton feels confident he can match past pace at Silverstone, Nicolas Longuet has his eyes set on Monza.

When he was a part of the Red Bull team in 2019, the only race he took part in was round nine at Monza, where he finished in second place behind only Daniel Bereznay.

With the move to Renault Longuet has taken part in every race so far this Pro Series and currently sits fourth in the drivers’ championship.

“Having done a double pole position in the first two races, I feel like people have this expectation of me of always qualifying at the top and that affected my mindset” :: Nicolas Longuet

Since he only took part in one race in the 2019 Pro Series it was difficult to predict how well he would do over the course of a full season, but he’s happy with his points tally so far.

“Obviously I think that my expectations were a bit all over the place since I only had one race last season to prove myself,” Longuet said.

“But I was feeling confident that I could still perform well at the top and I feel like event one showed that I was capable of doing it.”

“The expectations for me personally and as a team was at least a top three in the constructors’ and we’re meeting it right now so I’m not disappointed with the results.” 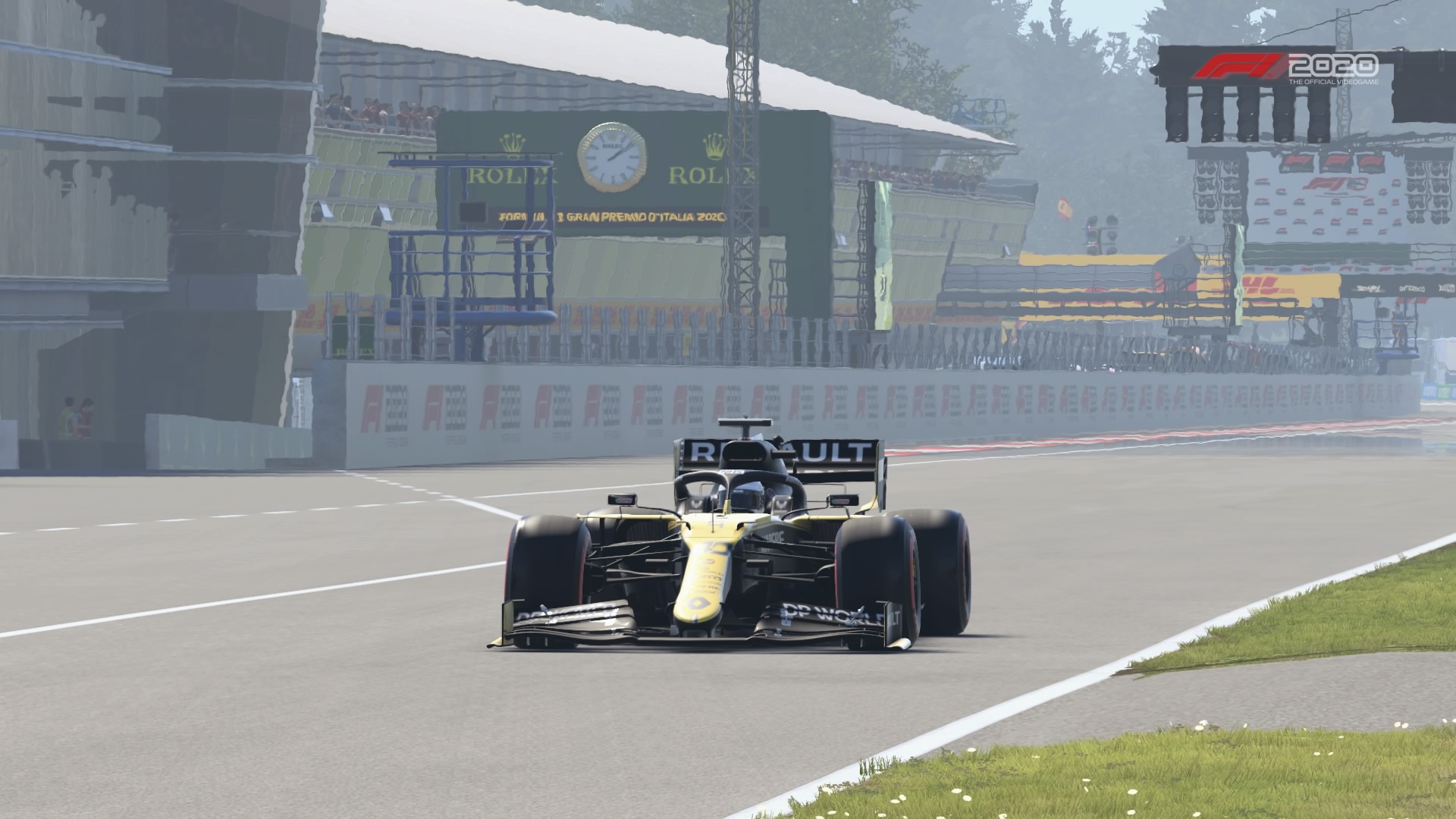 It was an exceptional start to the Pro Series for Longuet as he took pole position for the first race and fought for the race win at Hanoi in the second round.

From that point his performances dipped slightly, qualifying ninth and then sixth in the two most recent rounds.

Longuet puts that down to the difference in expectations for him both before and after those early races, and how the increased pressure to carry on those results hampered him in the following races.

“I feel like at the beginning I had the mindset that I had nothing to lose so I didn’t feel as much pressure on me I think,” Longuet said.

“But now after event one, having done a double pole position in the first two races, I feel like people have this expectation of me of always qualifying at the top or near the top and I feel like that affected my mindset.

“It shouldn’t and that’s what I’ve been focusing on for event three onwards is just to focus on myself instead of what people might think of my performance.” 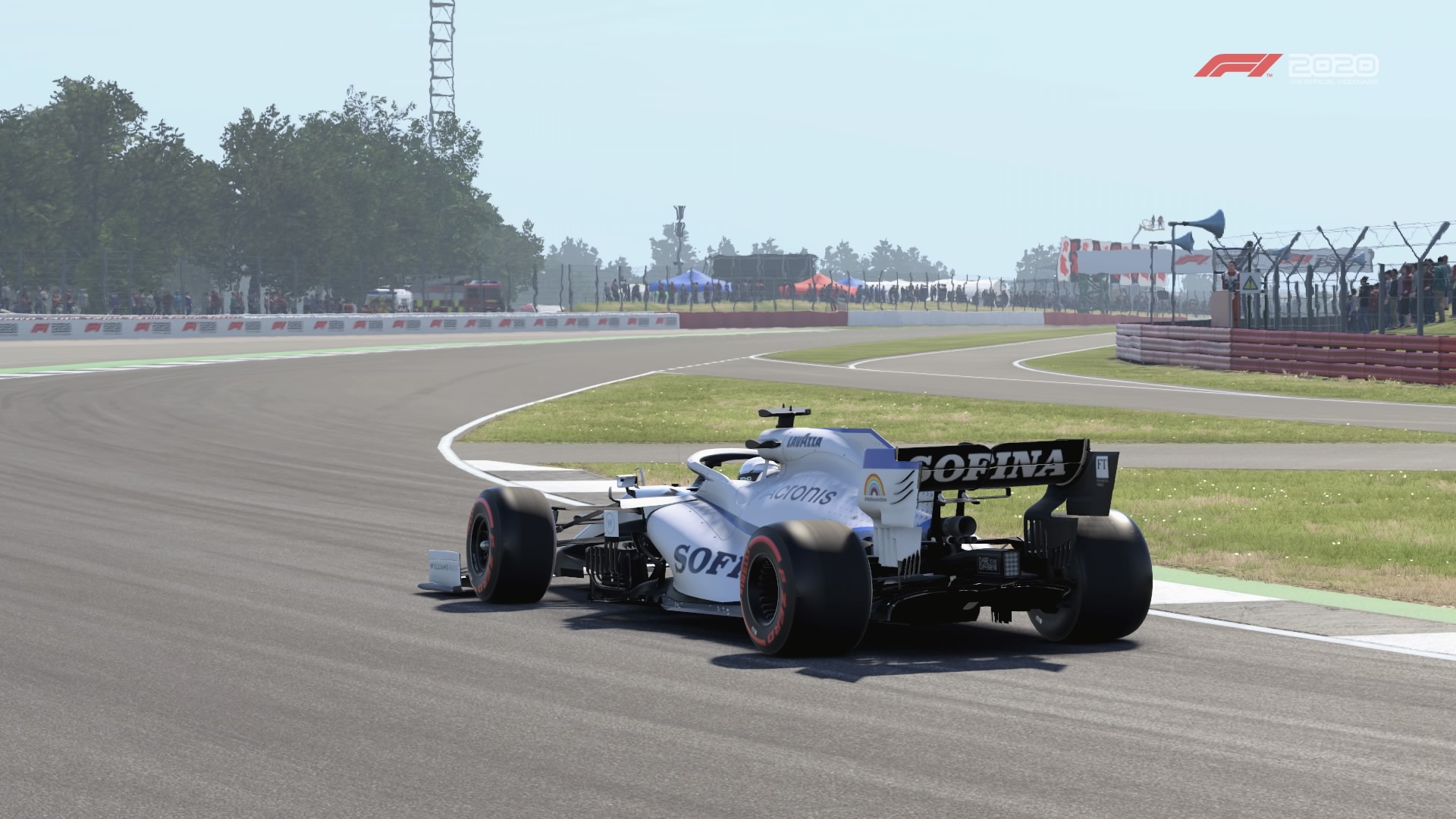