How one esports series takes car upgrades as seriously as F1

One facet of motorsport that’s critical, and especially topical given some of the latest controversies in Formula 1, is car development.

In most forms of sim racing, cars have very similar performance and/or are limited by a balance of performance. Developments and upgrades are usually a factor.

Grand Prix Virtual World Championship – or GPVWC for short – forgoes that rule of thumb as team managers and their drivers actively try to develop the fastest car over a race distance.

Old F1 management video games such as Grand Prix World and the Grand Prix Manager series were used as inspiration for how GPVWC Superleague team bosses manage their team’s behind the scenes.

Over the course of pre-season tests and free practice sessions, teams earn R&D points which they can spend on either reducing drag, increasing downforce, reducing chassis weight, or training the pit crew to make faster tyre changes or car repairs. 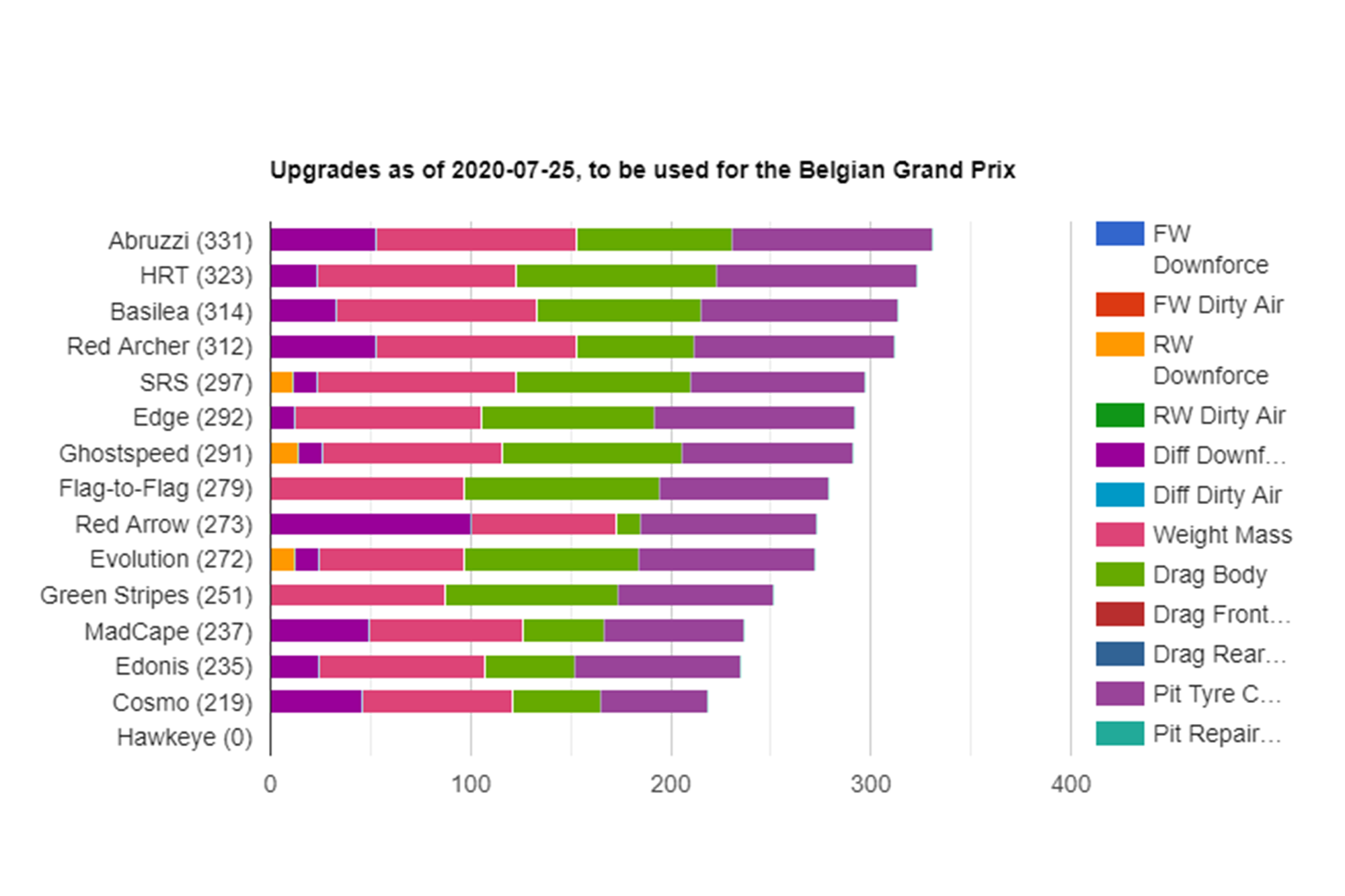 Car performance levels are reset at the start of each season so while successful teams will start the season with more money, they won’t carry over a performance advantage from one year to the next.

The drag and downforce upgrades are evenly split between different parts of the car, such as the front and rear wings and diffuser.

With a free reign to upgrade each area of the car whenever they want, R&D points permitting, this means teams have to strategise which areas of the car to improve first.

The time and effort put into determining which improvements yield the highest performance gain isn’t inconsiderable, with some teams doing a lot of analysis.

“All the Superleague teams now will all do a lot of data crunching behind the scenes.” Mike Pitman, team boss of Abruzzi Esports, tells The Race. 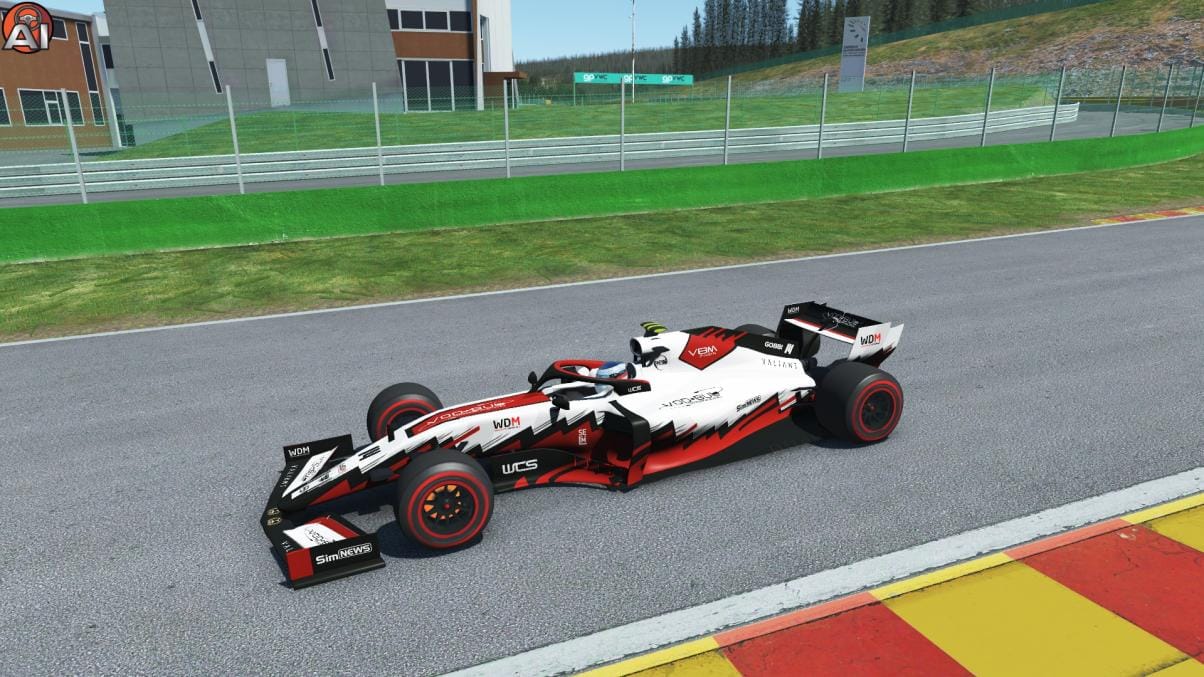 “So telemetry guys can, because it’s the way the game works, edit values in the game and use offline.

“It’s a bit like having your own test track, you try parts on your car and test and see what drivers give you in terms of feedback and how it feels, but you get the telemetry data of how fast it actually was and how it was through the corners.

“In some respects you can get more data than you might even be able to get in most levels of real racing because it’s based on a computer, so it’s all data.”

Each year teams choose which sim racers they want in their team, with drivers given a monetary value based on their past form.

Therefore historically better drivers take up more of a team’s budget than those who don’t have race wins and championships to their name.

For Nikos Evangelidakis, the team manager of the Red Archer, tailoring upgrades to his drivers’ preferences is more important than what data dictates is the fastest upgrade package. 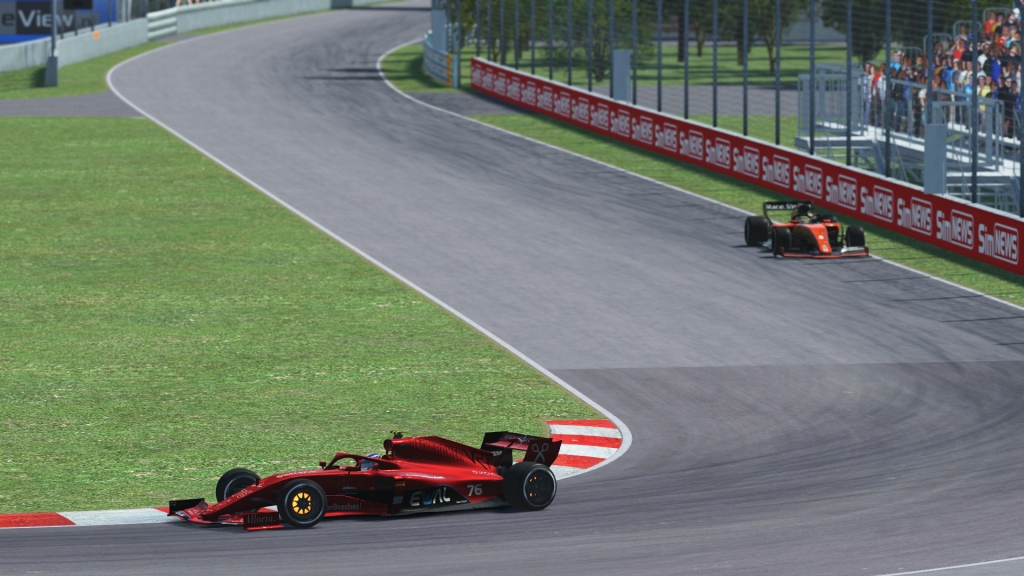 “As soon as the official car is released we create a variety of upgrade packages that drivers can test at different tracks and feedback the team with data of the test results and we have a chat before we decide the efficiency of each upgrade.” Evangelidakis told The Race.

“For example body drag can be faster than rear wing downforce but drivers may say that they are more comfortable with rear wing upgrade or that it generates less tyre wear.

“Then usually the days before the R&D system opens we create the plan for the first few races.

“Drivers who feel confident they can have a good result even if they are not as fast as other drivers.

“Usually the upgrades effect is not huge because most teams now work on the upgrades a lot, but even a small advantage of a few tenths a lap can be crucial when the competition is very high and can see top 10 cars within half a second or less, depending on the track.”

The other element of the car that can be improved is the engine, although upgrades in that area can only be purchased by the engine’s manufacturer. 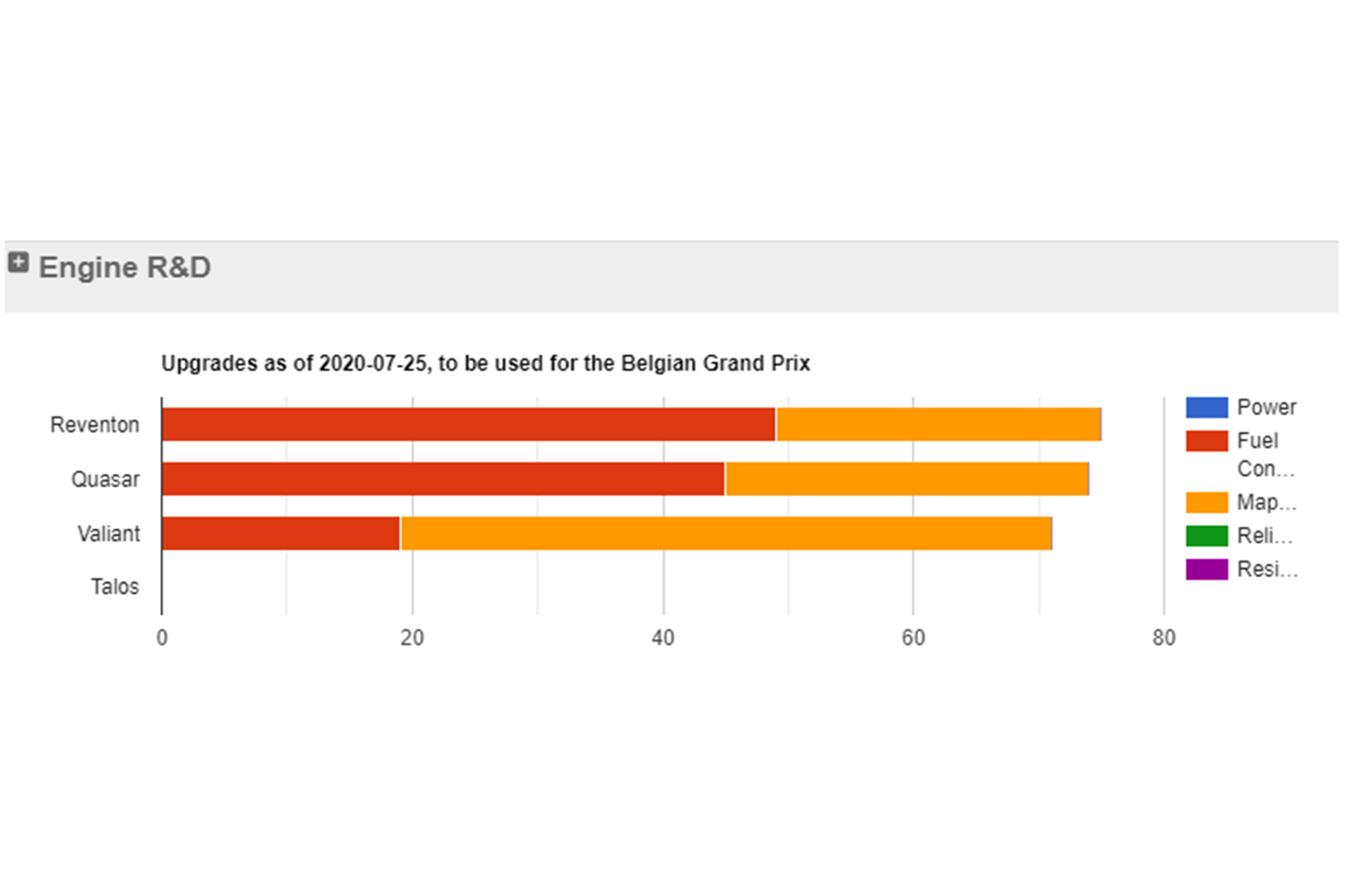 Similar to real life, lower ranked teams buy engines from the bigger outfits that produce and improve their engine for the benefit of themselves and their customers.

One of the three teams that has manufactured its own engines since 2015 is Vod:Bul Racing, now sponsored by Abruzzi to make Abruzzi Esports.

“Edonis Engineering runs the Reventon engine and then the other one is the Quasar engine run by Edge Esports,” Pitman said.

“At the start of the year, we put out a tender and the other teams choose to buy which one they want to buy.

“It’s in the interest of the manufacturer to have as many customers as possible because they get a percentage of the money to help their own team. 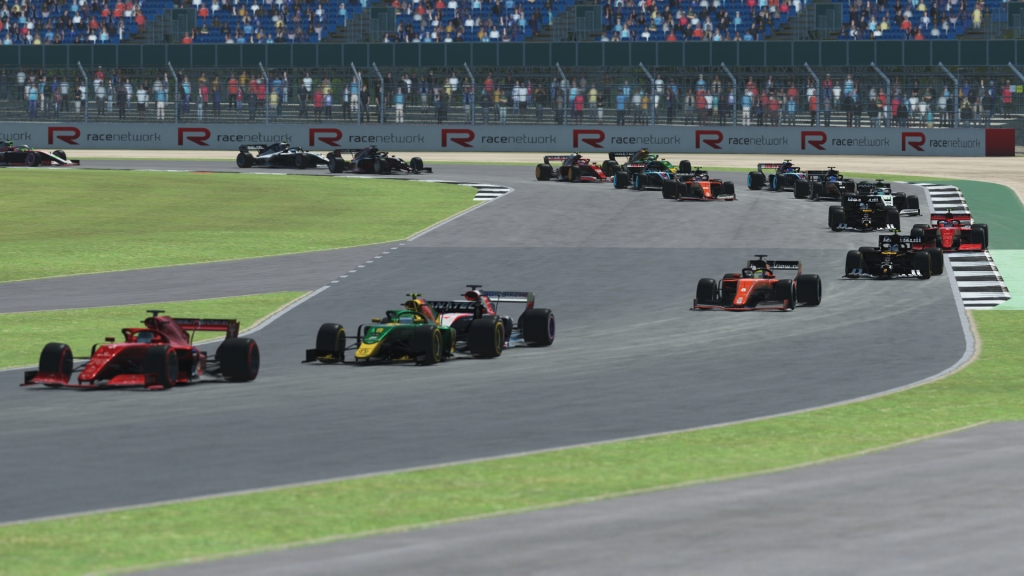 “You develop the engine in the same way you do the car, so you earn engine R&D points for free practices and test sessions, but only the manufacturer teams earn those R&D points, and they can choose to send them.

“You can improve reliability, the mapping of the boost, the brake horsepower.

“Those are smaller gains than you have on the car, and the points are much harder to come by, so in that respect it’s a much harder area to do because if you mess it up coming back is more difficult.

“Fuel’s the other one you can develop so you can then choose to run less fuel potentially to get to the end because they don’t do any refuelling in GPVWC, so you need to turn up with all the fuel to get you to end of the race so then you have a lighter car.

“Or you might be able to use a higher boost setting for longer which burns more fuel but gives you more power.

“It depends on how you want to run your team and the customers can influence if they want to, so engine manufacturers choose not to listen to the customers suggestions, they just say ‘this is the engine we produce you do take it’. 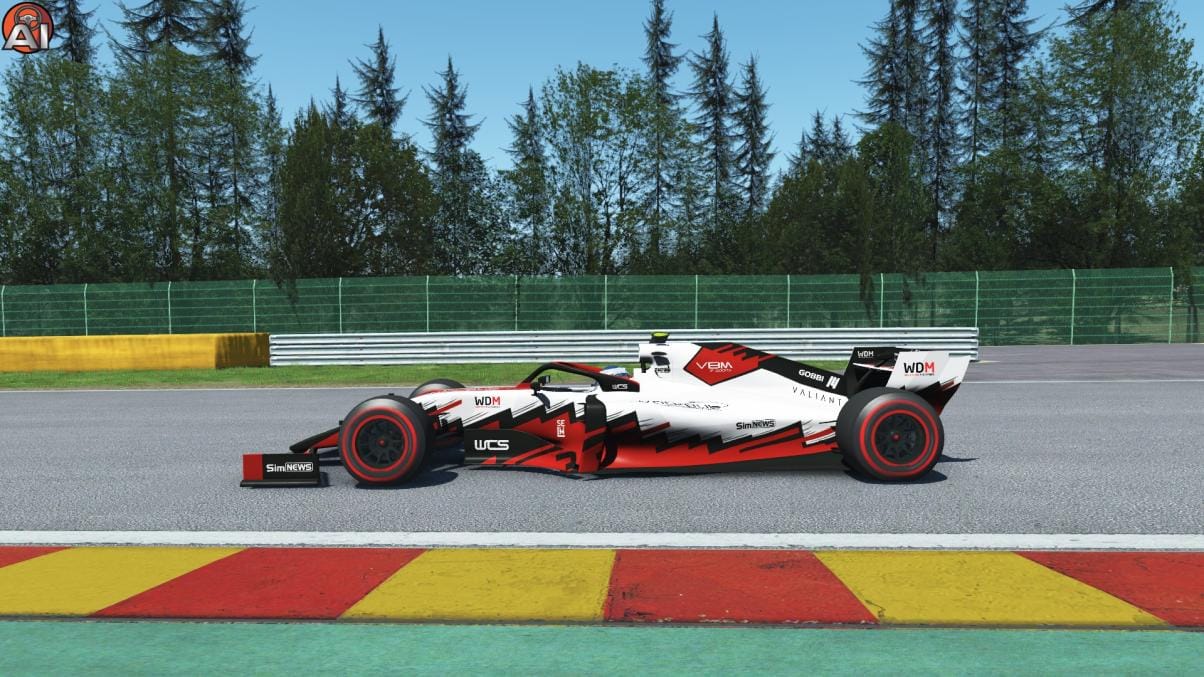 “Others want everyone involved in testing together and making sure they’re going the right route.”

Upgrades are submitted every three weeks to the GPVWC organisers so they can be implemented at their end for the races.

Although purchasing upgrades is a regular part of GPVWC’s Superleague, the teams do such extensive testing of the many possible upgrade paths, that the plan is decided by the time the first race of the season starts.

“We start working on the upgrades as soon as we have our season car, usually from early to mid-January until the season starts in mid-March, we work on the upgrades and the setup,” Evangelidakis says.

“Then races are consecutive and we just follow the plan while soon after each race we work on the next race car. This means we build the car with the next race’s upgrades so drivers can work well before the official car arrives on Sunday before the race.

“My duties as manager include to strictly follow the R&D plan (missing an ordering date can be crucial), build the car for the next race and explore alternative strategies when the upgrades plan won’t work or something unexpected happens.” 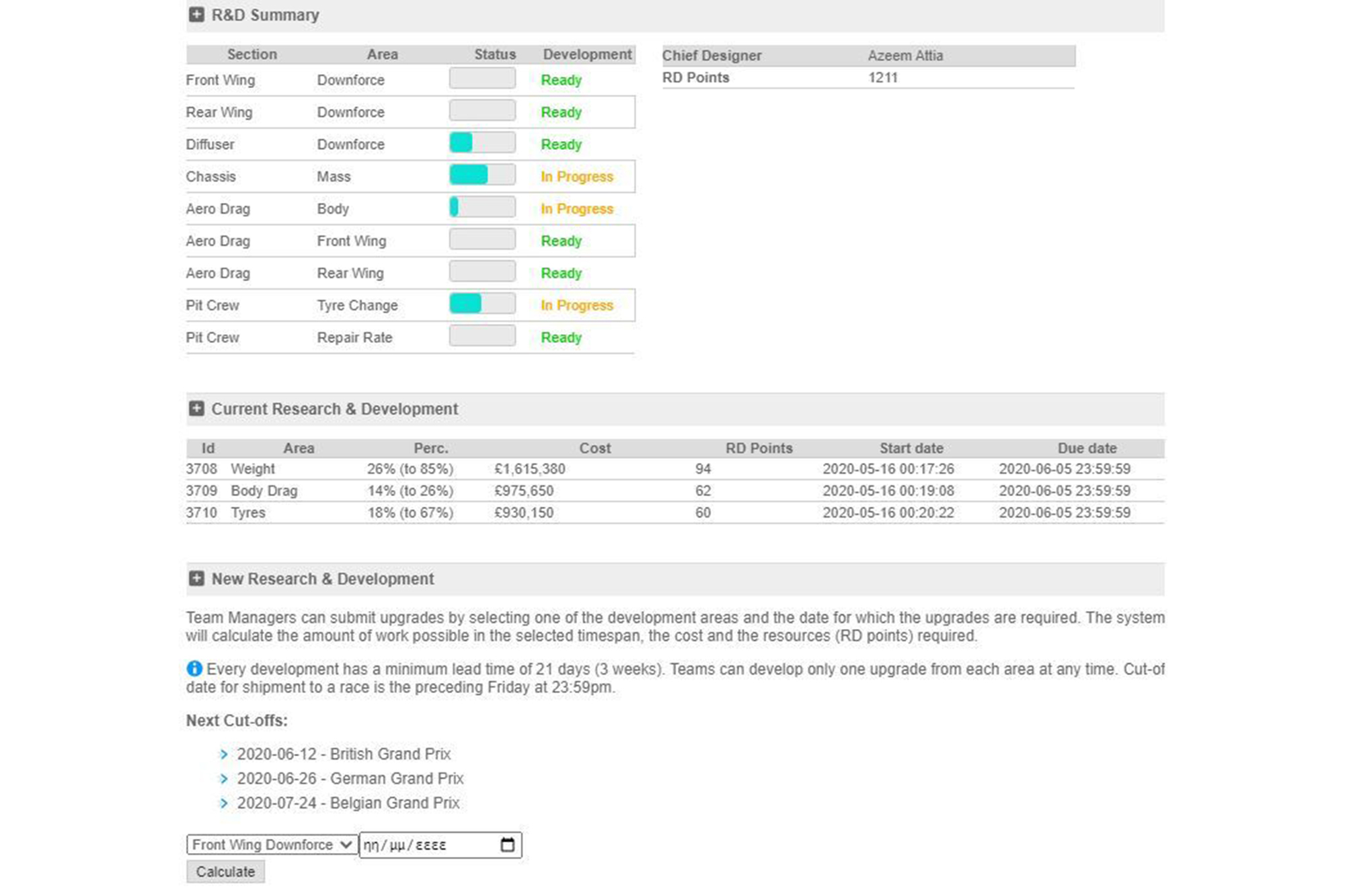 The managers, drivers, and others involved in a team put in a lot of unseen practice before each race.

Hours are put into testing potential upgrade packages at the start of the year.

Even after an upgrade path has been determined, the team still rallies together before each race as the drivers dedicate several hours to preparing for each race weekend.

“Your time is still very much taken with the actual car set-up for the races – if you don’t have that right it doesn’t matter how good your car is,” Pitman said.

“Quite a lot of our drivers will do two or three full race sims before the race itself, so they know exactly the tyre wear on every single lap.

“Some of the top guys are putting in just shy of 1000 laps every two weeks for each race.

“Others have got it down to a bit of a fine art, some of the world champions for example are probably only going to be doing 300 or 400 laps.

“You spend a lot of time pre-season learning the mods, learning what would work upgrade wise, once you’ve done the homework and planned out your upgrades basically for the whole year you’re only double-checking that you’re right, with what you’re doing.

“So it’s a lot of work at the start of the year but during the season you don’t really want to be thinking of that too much, unless something’s gone horribly wrong.” 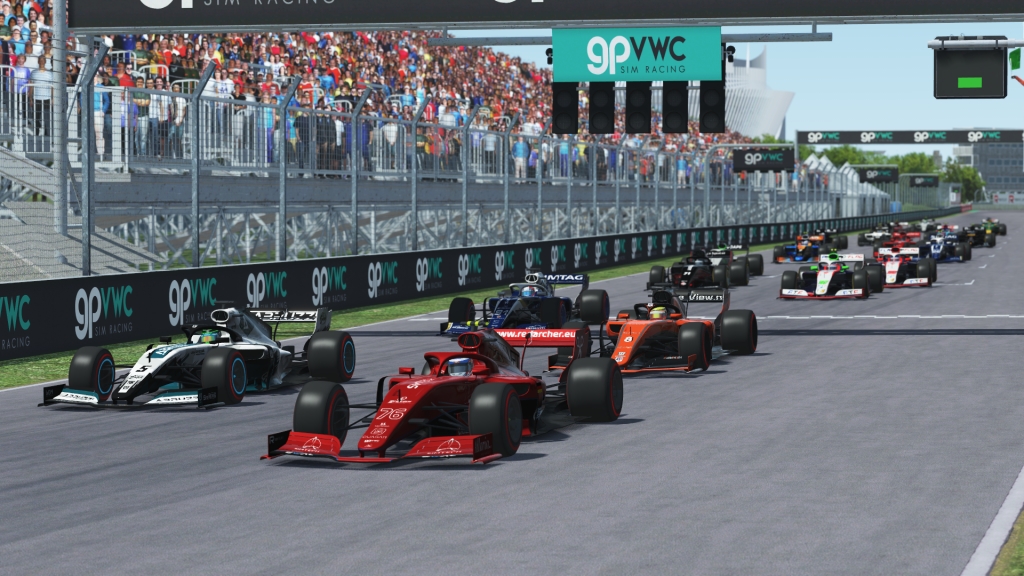