It’s redemption for Rogers after he spun out in the opening round of the championship, meaning the pair finished in fifth.

Despite both Max Verstappen and Romain Grosjean advocating on Twitter for Snetterton to be chosen in the public track vote, Mount Panorama narrowly won it instead.

Neither Grosjean or Verstappen – who won last week – took part in this round due to their F1 commitments ahead of the Bahrain Grand Prix this weekend.

For the second round of the championship it was the sim racers who represented their teams in qualifying, with the real world pros doing the honours last week in the opening round at Motegi.

Rogers proved to be the fastest in qualifying and started the race just ahead of Benecke who won the first championship race alongside Verstappen. 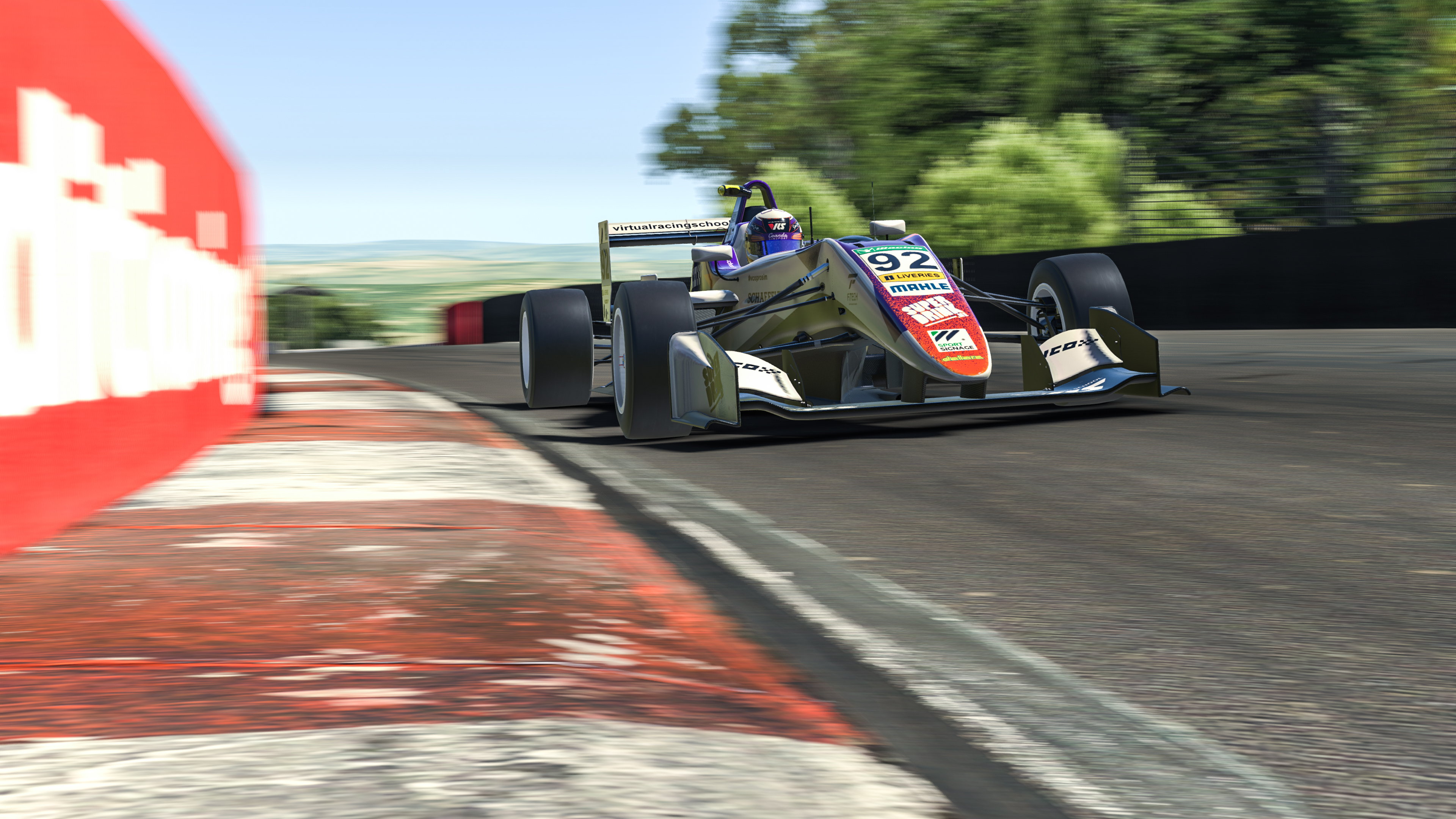 It was a lights-to-flag victory for the Coanda Simsport pairing, winning at Australian Rogers’ home round – even though they compete from the same house in Germany – by 5.4 seconds.

Behind them was a three-way fight for second place between Team Redline’s Benecke, Sebastian Job of Red Bull Esports and MSi eSports’ Alejandro Sanchez.

Despite the fact he started in fifth place, the lowest of the trio, it was Job who held second place before the pit stop phase.

Job stopped a lap earlier than the drivers around him, meaning it was up to his real world pro team-mate Philipp Eng to hold onto the position.

The earlier stop backfired though as Eng emerged in fourth place, with Marius Zug in second having taken over from Sanchez.

Benecke’s stand-in team-mate Colombo proved to be quicker than Zug as he slipstreamed past him down the Mountain Straight.

The driver change to real-world pros helped to change up the order as Eng and Zug dropped to fifth and sixth respectively, as Matt Campbell and later Laurin Heinrich had the better pace to take third and fourth respectively come the chequered flag.

Campbell took over from Jeremy Bouteloup who was seventh before the pit stops, and one position ahead of Red Bull Esports’ Graham Carroll who is paired up with Heinrich.

Rubens Barrichello was left to fend for Formula 1’s honour in the absence of Grosjean and Verstappen. He finished in 15th place for the second race in a row. 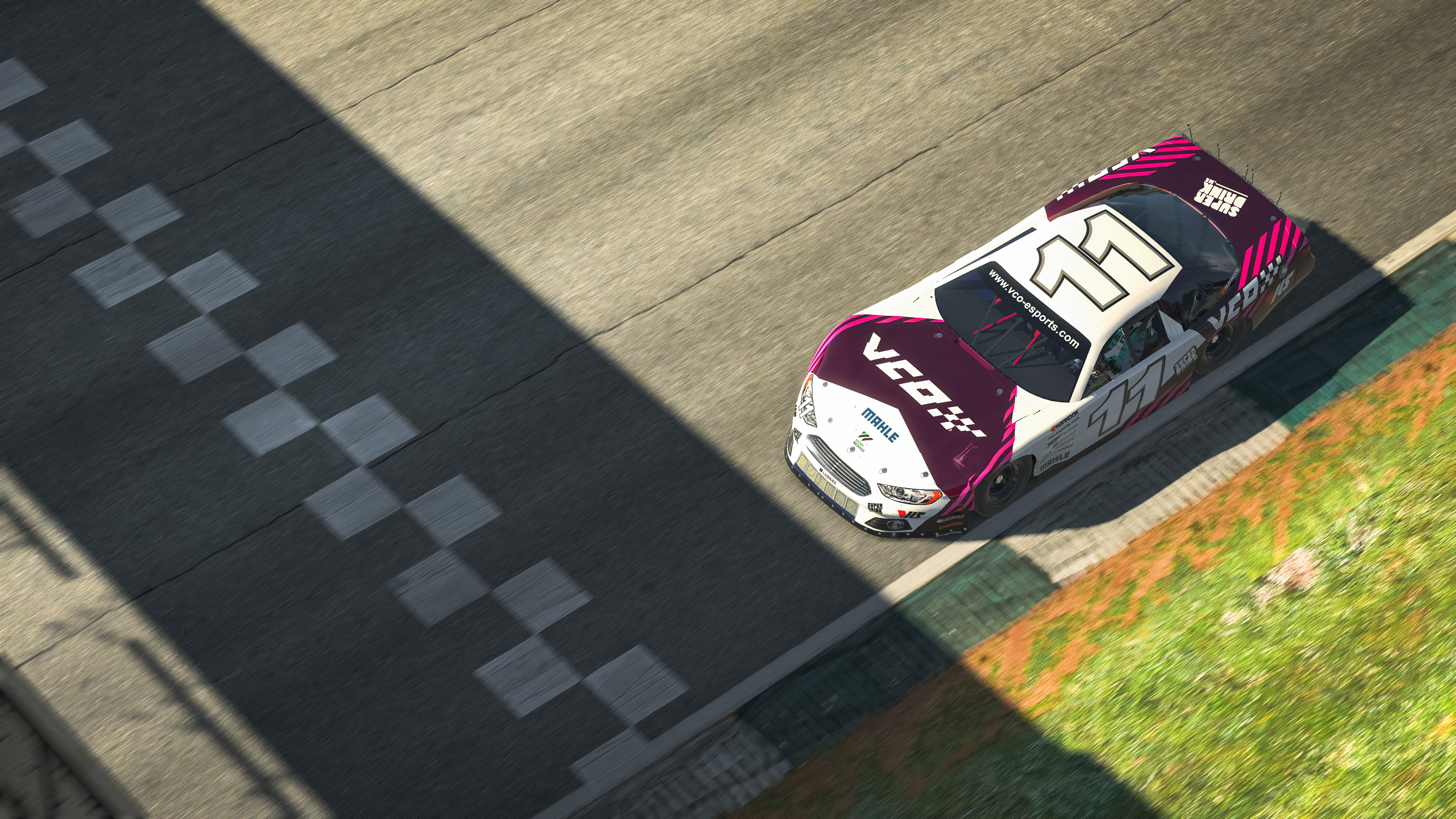 The earlier ‘fun’ race was contested by the real world pros, with the esports drivers taking part in it the previous event which was won in Lotus 79s by Benecke.

A Super Late Model stock car and Road Atlanta was the car and track combination chosen for the 20 minute race.

Unsurprisingly, given the unusual car and circuit pairing as well as the casual nature of the race, it was far from a clean event.

The star was Laurin Heinrich who took pole position and went on to take an unchallenged race victory with Matt Campbell 4.3 seconds behind. 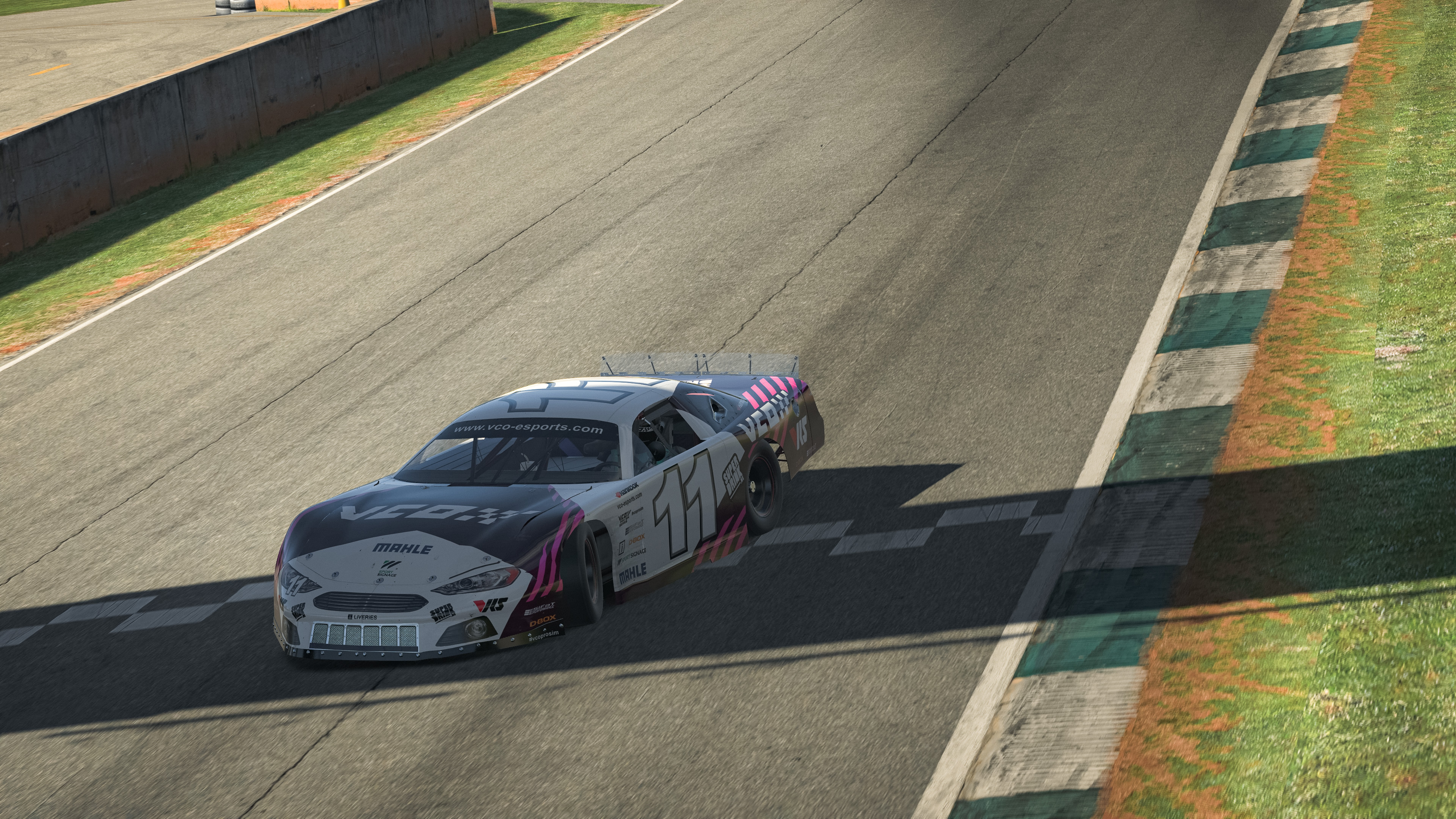 Agustin Canapino was on course to finish in third but halfway into the race he pulled off to the side of the track with an issue, opening up the bottom spot on the podium to the pair of drivers that were battling behind him.

Philipp Eng had track position over Kelvin van der Linde due to setting the faster time in qualifying, but van der Linde had fought his way up from seventh to catch up to the back of him.

It was van der Linde who had the clear race pace advantage, but didn’t find an opportunity to pass until the latter stages of the race.

He got the better exit out of Turn 7 to pull alongside Eng, but the Austrian turned into van der Linde to push him out and onto the grass.

Therefore Eng crossed the line in third place, with van der Linde holding onto fourth despite his off track excursion. 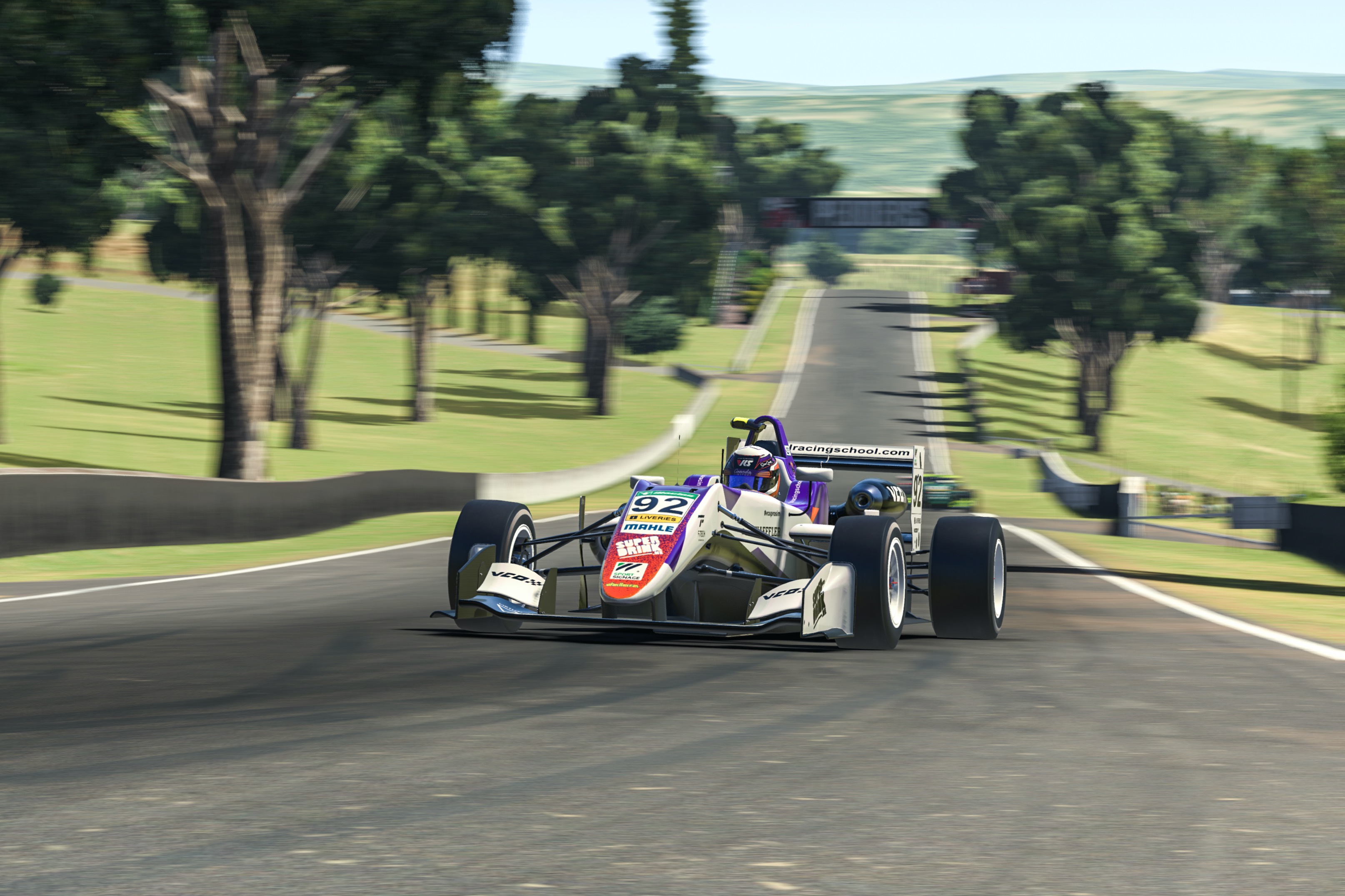