Hany Alsabti becomes the fourth driver for Romain Grosjean’s R8G Esports team to qualify for the BMW SIM Live final to be held later in the year.

Fellow R8G driver Erhan Jajovski won the rain-affected, 45-minute race at the 24-hour layout of the Nurburgring to win himself another €1000.

Having started on pole position and keeping hold of the race lead from start to finish, Jajovski took his second BMW M2 CS Racing Cup win in a row and his fourth in total, more than any other driver.

Michal Smidl finished four seconds behind Jajovski and netted himself another €500 for his seventh podium result in nine races.

As the highest placed non-ticket winner to date, Alsabti secured his place in the live final as his teammate Kappet never threatened to take the final prize money-winning position away from him.

The finishing positions mean R8G Esports will have at least four of their drivers present for the BMW SIM Live final as Jajovski, Kappet and Yuri Kasdorp had all earned their places in the earlier races.

A visible lack of confidence on the damp track allowed Zbigniew Siara to outbrake and overtake the Williams Esports driver into Turn 1 at the start of the second lap.

Later in the race a mistake for Keithley, which saw him run wide at the exit of the Karussell corner, dropped him down a further position to seventh, where he ended the race.

Henri Sinik finished the race in eighth and as the next best-placed driver without a ticket to the final, although he controversially braked late at the Dunlop hairpin and made contact with a number of drivers, including R8G Esports’ Kasdorp and Triple A Esports’ Nuno Pinto.

The final round of BMW’s rFactor 2 championship will take place on October 14 where the last BMW SIM Live finalist will be determined.

In the event, the BMW M2 CS Racing Cup drivers will race against the six pairs of drivers from the BMW SIM 120 iRacing championship in the second-ever running of BMW’s Munich-based esports final. 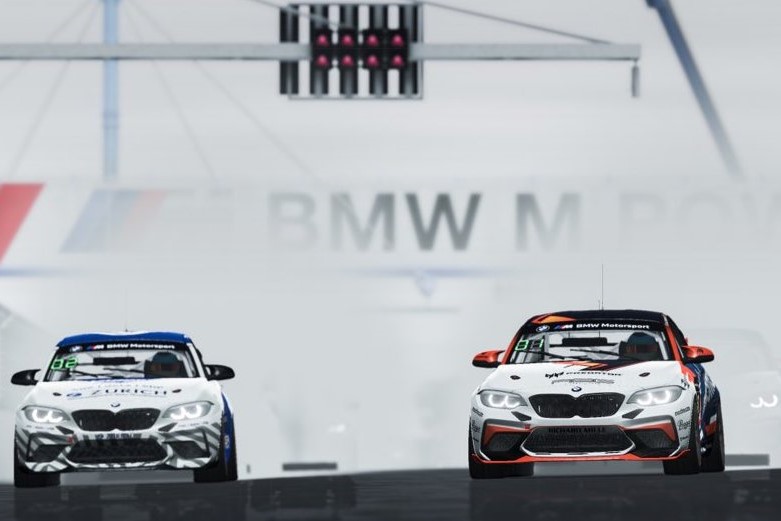