F1 Esports racers star in Veloce’s ‘Not the Bahrain GP’

The 2018 F1 Esports runner up also won the Not The Australian GP event but for the follow up there was a format change.

Last week it was one race at 50% of a full grand prix distance, this week there was one 25% distance race held and then another 25% race with the starting grid being a reverse of the finishing positions for the first race.

That meant the Esports pros, who expectedly dominated the first race, had their work cut out for them in the second race.

Lando Norris was one of two current Formula 1 drivers to take part and he qualified for the first race in an impressive sixth.

But Norris was pushed off track in the braking zone for the first corner and pinballed down the order. He recovered to take 10th place, beating ex-Formula 1 drivers Esteban Gutierrez who finished in 11th and Nico Hulkenberg in 16th.

The reverse grid race offered an opportunity for those not well versed in the F1 video games, an opportunity to fight up at the sharp end of the grid.

Those included golfer Ian Poulter who finished the previous race in 18th so started this one in third with Hulkenberg starting on the row behind him.

It didn’t take long for the pacesetters to charge up the order as Bolukbasi moved up from 17th to 2nd a little over one lap. 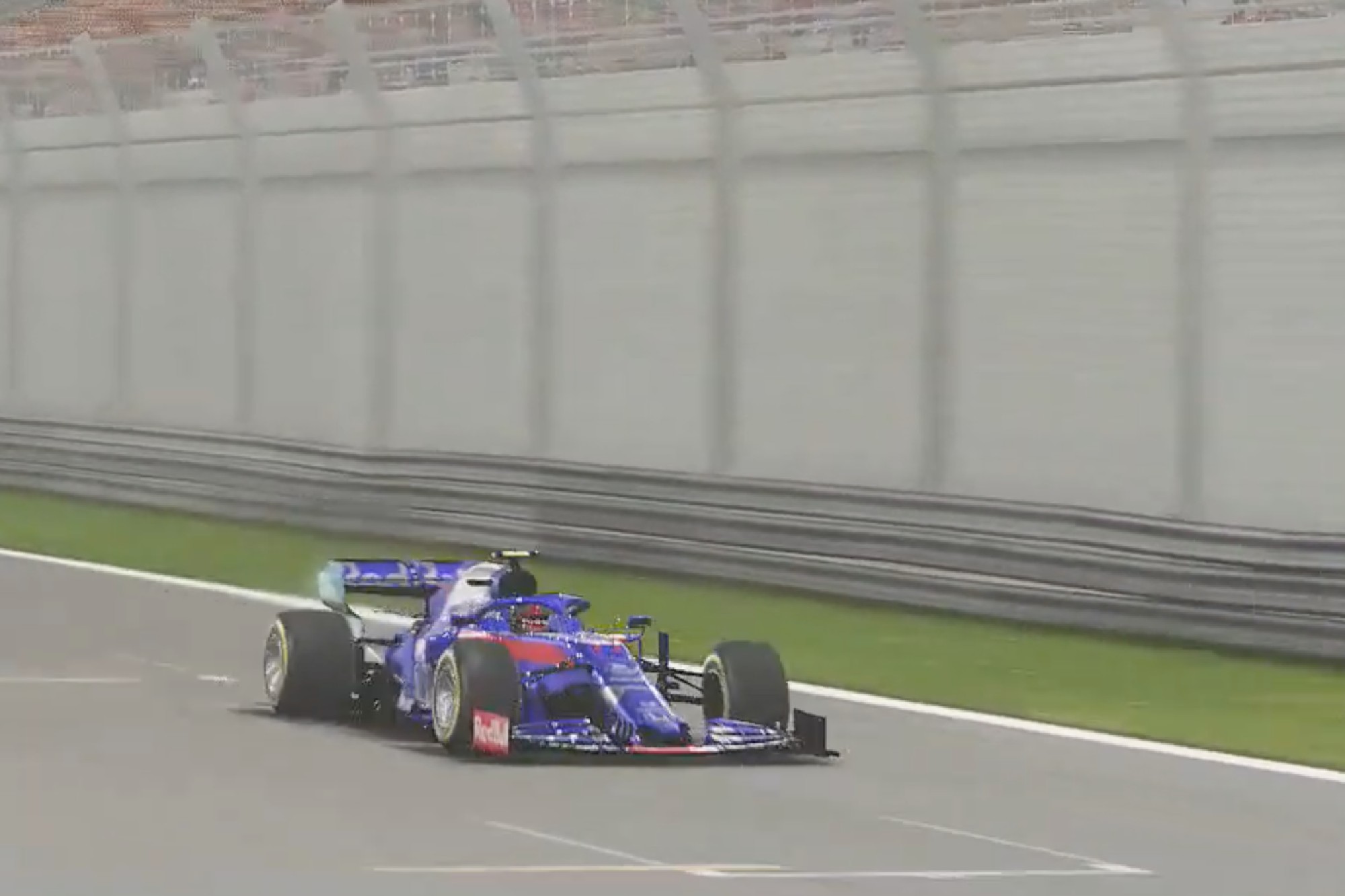 Hulkenberg and F1 gaming YouTuber Aarava got into an early scrap with the YouTuber being forced off track on the outside of turn four. That helped Hulkenberg keep third place, but only temporarily as Norris capitalised on Hulkenberg’s slow exit from the turn to take the podium place off him.

Behind them Baldwin and Opmeer were up to sixth and seventh and the next drivers behind the aforementioned duo.

Both Baldwin and Opmeer passed them before three of 14 laps had been completed. At the same time, Bolukbasi had overtaken racing game YouTuber SuperGT – real name Steve Alvarez Brown – for the race lead.

Next to follow Bolukbasi through was Norris who overtook SuperGT for second with a move made the pass for second place down the inside of the second braking zone on the circuit which is at turn four.

The pit stop phase gave the fastest drivers the space needed to make up any more positions and get up towards the very sharp end of the running order. Someone who took this to the extreme was Bereznay who came into the pits at the end of the first lap.

That undercut and running on an empty track gave Bereznay the effective second position, but a half spin for the pro sim racer allowed Baldwin to get past him.

Opmeer was still behind Norris after the pit stops but later overtook him for what would go on to be fourth place.

The end of the race brought about an amazing battle between Aarava and Williams F1 driver Nicholas Latifi. At the start of the second to last lap Latifi used DRS to overtake him into the first corner yet they swapped positions two more times in that same lap.

At the start of the last lap Latifi definitively defended the inside line and apex for the first corner and he learned his lesson from the previous lap to better defend himself in the S section. 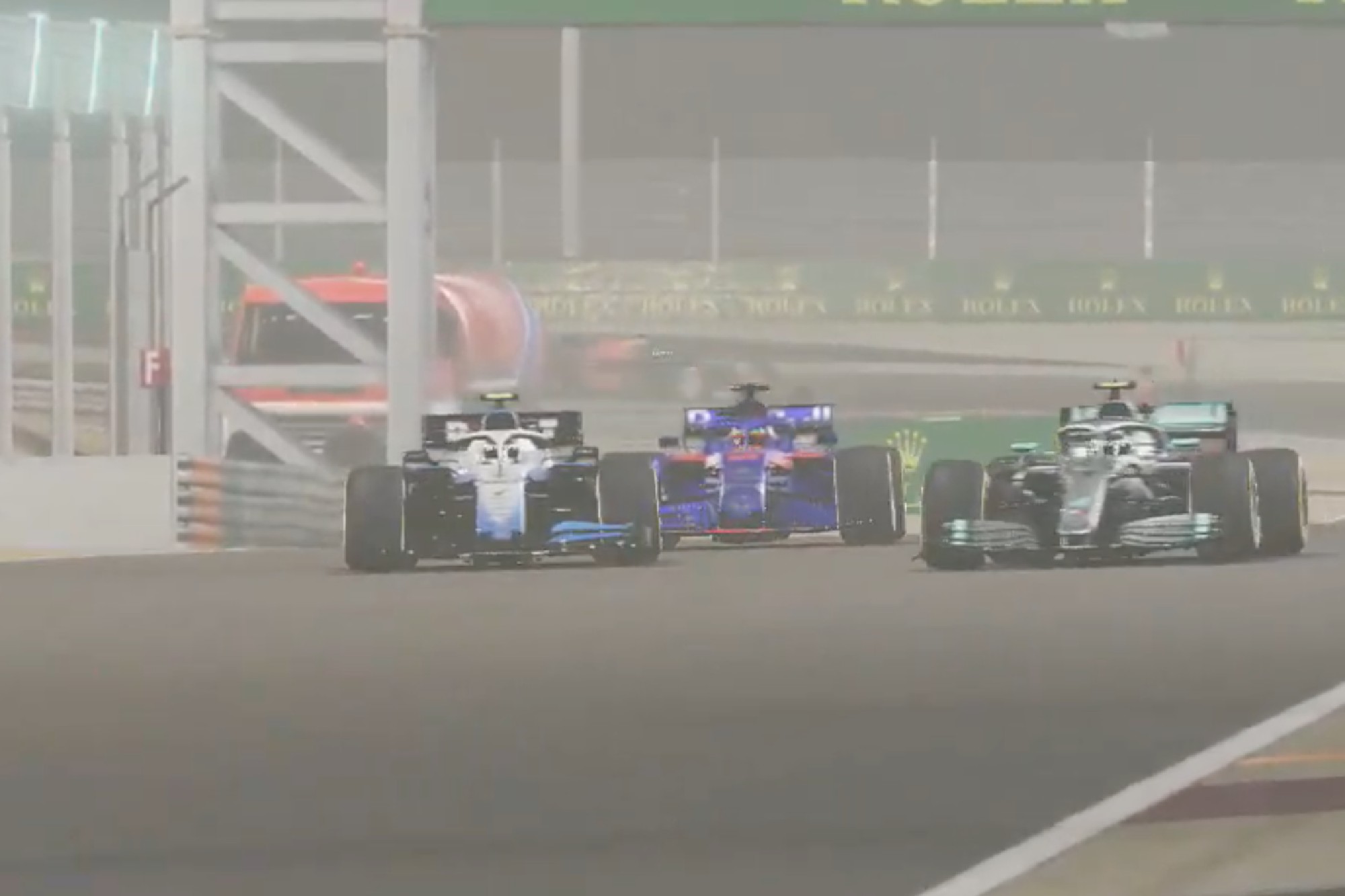 It all came to blows at the second to last corner as Latifi ran wide, lost control of the car on the dusty tarmac and T-boned Aarava. That demoted both drivers outside the top 10 but a five-second penalty for another F1 YouTuber Ben Daly, known as Tiametmarduk, for speeding in the pitlane meant Latifi did finish the race in 10th.

Norris also received a five-second penalty for speeding on entry to the pits so crossed the line in fifth but was classified as finishing in seventh once the penalty was applied.

Bolukbasi won the race having started it in 17th, Baldwin moved up from 18th to second and first race winner Bereznay started in 20th and last yet still claimed the final podium place, beating Opmeer.

Esteban Gutierrez was the second highest finishing driver with real world Formula 1 experience as he finished in ninth, with Hulkenberg in 13th and Stoffel Vandoorne disconnected from the lobby almost immediately due to an internet issue.