For the second week in a row Ferrari’s Charles Leclerc and F1 Esports driver Cem Bolukbasi battled on track for a win in a Veloce NotTheGP event.

Doherty had lost out to Leclerc and Norris by the end of the Kemmel Straight on the first lap, and Latifi then tagged the back of Doherty’s car on the exit of the Bus Stop chicane and sent him spinning.

Norris and Bereznay were held in their pit box by the F1 2019 game, which dropped them back from Leclerc and Bolkbasi – who were left fighting alone at the front.

Leclerc and Bolukbasi, who raced against one another in the Not The German GP event a week ago, both tactically let each other through on multiple occasions so they could get DRS for themselves.

On the final lap Leclerc was leading but Bolukbasi was able to use the slipstream to catch up to him around Blanchimont.

The two ran side by side heading into the Bus Stop chicane, with Bolukbasi on the outside on the entry to the complex.

The F1 Esports driver ran wide on the exit of the corner, pushing Leclerc out wide and compromising his exit.

The two drove towards the finish line side by side with Bolukbasi beating Leclerc by 13 thousandths of a second.

📸 Photo finish ending race one!@G2Bolukbasi takes the win with @Charles_Leclerc a hair behind!

“I got overtaken in the last corner which I’m hugely disappointed with,” said Leclerc.

“To be honest I did not expect to fight with Cem nor Dani so I’m pretty happy with the performance today but still disappointed to have lost the win in the last corner.

Bereznay recovered to finish in third place with YouTuber Dave Gaming in fourth.

The second race lined the drivers up in the reverse order of where they finished the first race.

The three real-world drivers quickly locked out the front three positions, before Vergne crashed out whilst rounding Pouhon and both Giovinazzi and Norris disconnected.

That meant F1 Esports drivers Bereznay and Bolukbasi, who gained more than 10 places each within the first lap, became favourites for the victory.

Pitting two laps earlier than Bolukbasi helped Bereznay to emerge with a two-second lead once the stops were complete, and he went onto win – albeit by only 1.1s as Bolukbasi used his slightly less worn tyres to close the gap.

Leclerc wasn’t able to contend for the win or even a podium finish in the second race as he crashed into the tyre barrier on the exit of Turn 16 and retired from the race.

That meant Latifi was the only F1 driver to complete all 11 laps of the second race, crossing the line in ninth place. 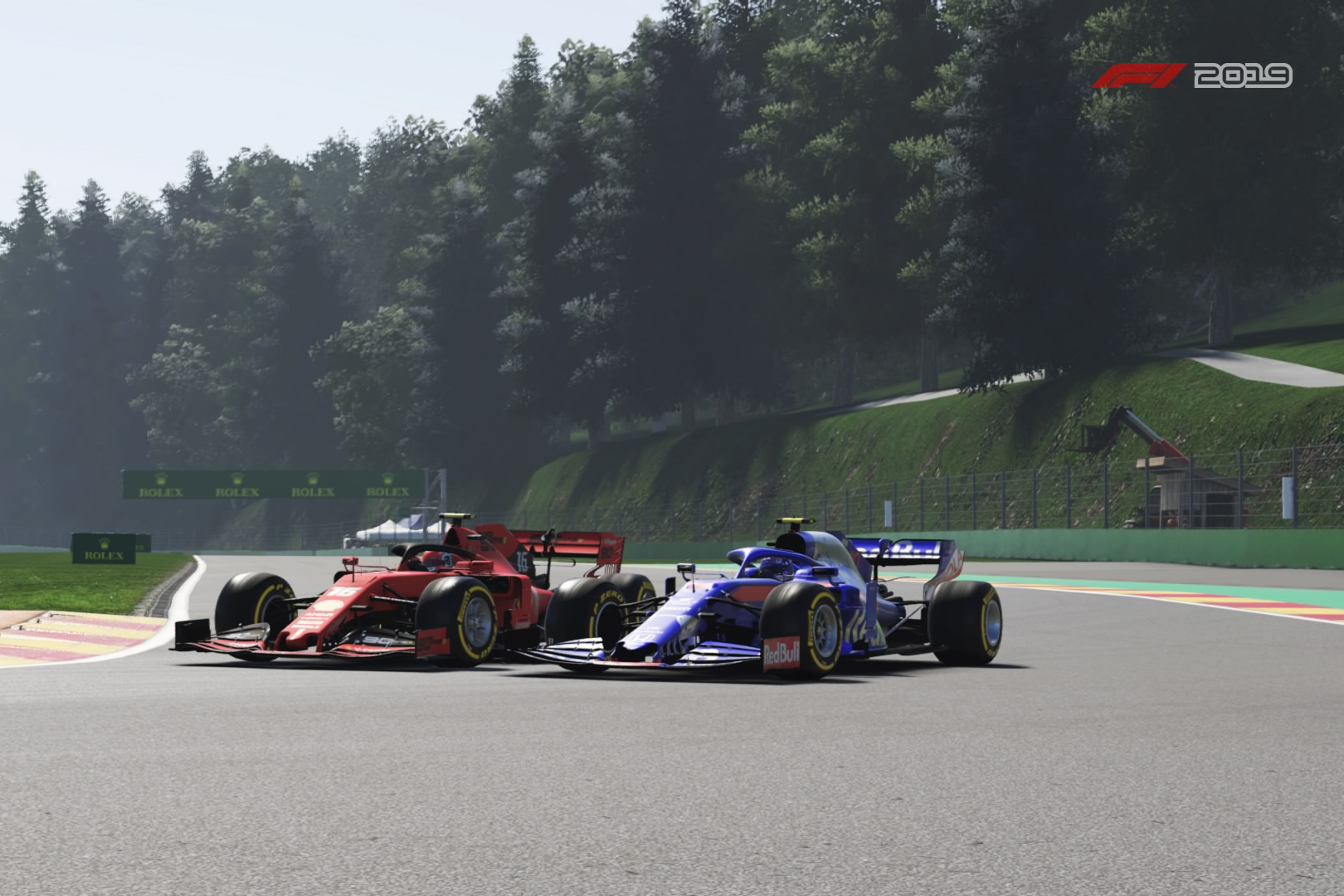