Engine drama for defending champion Sebastian Job and a double podium finish for Josh Rogers has all but guaranteed the Australian driver the 2021 Porsche Esports Supercup crown.

Job and Mitchell deJong’s attention will now turn to securing second in the points standings in order to take home the larger share of the $200,000 prize pool.

Rogers extended his points lead after qualifying at the Nurburgring Nordschleife with his fourth pole position of the season, garnering an extra 10 points.

Fellow countryman and Coanda Simsport driver Dayne Warren was the second fastest in qualifying, piping 2020 champion Job to a place on the front row.

Sharing the second row was deJong who, heading into this round, was only five points behind Job in the standings for the runner-up spot.

A slow launch off the grid dropped Warren down to fifth place, allowing both Job and deJong to be Rogers’ biggest threats for the sprint race victory.

In both of the first two laps Job was able to take the lead of the race by slipstreaming his way past Rogers down the long Dottinger Hohe straight, albeit only briefly as Rogers got back in front on entry to the first corner at the start of the following lap.

On the final lap of the race, despite Rogers weaving down the back straight to try and break the slipstream boostfred bu those behind were getting, Job past on the left and deJong on the right to take the top two positions away from the 2019 champion.

#PESC – What a final lap of Sprint of #Porsche @TAGHeuer Esports #Supercup round @nuerburgring #Nordschleife! Watch the thrilling last second slipstream fight between @G2Sebi, @MitchelldeJong and @JKRogers_92 from onboard of @57etingi pic.twitter.com/6FvLjoX07v

The win for Job was his third in a row after he took back-to-back victories in the previous round at Spa, yet the five points he outscored Rogers by from the sprint race only just undid the damage done in qualifying where he dropped four points relative to the Coanda driver.

A reversal of the top eight finishers for the feature race meant Job started from eighth place and two spots behind Rogers. 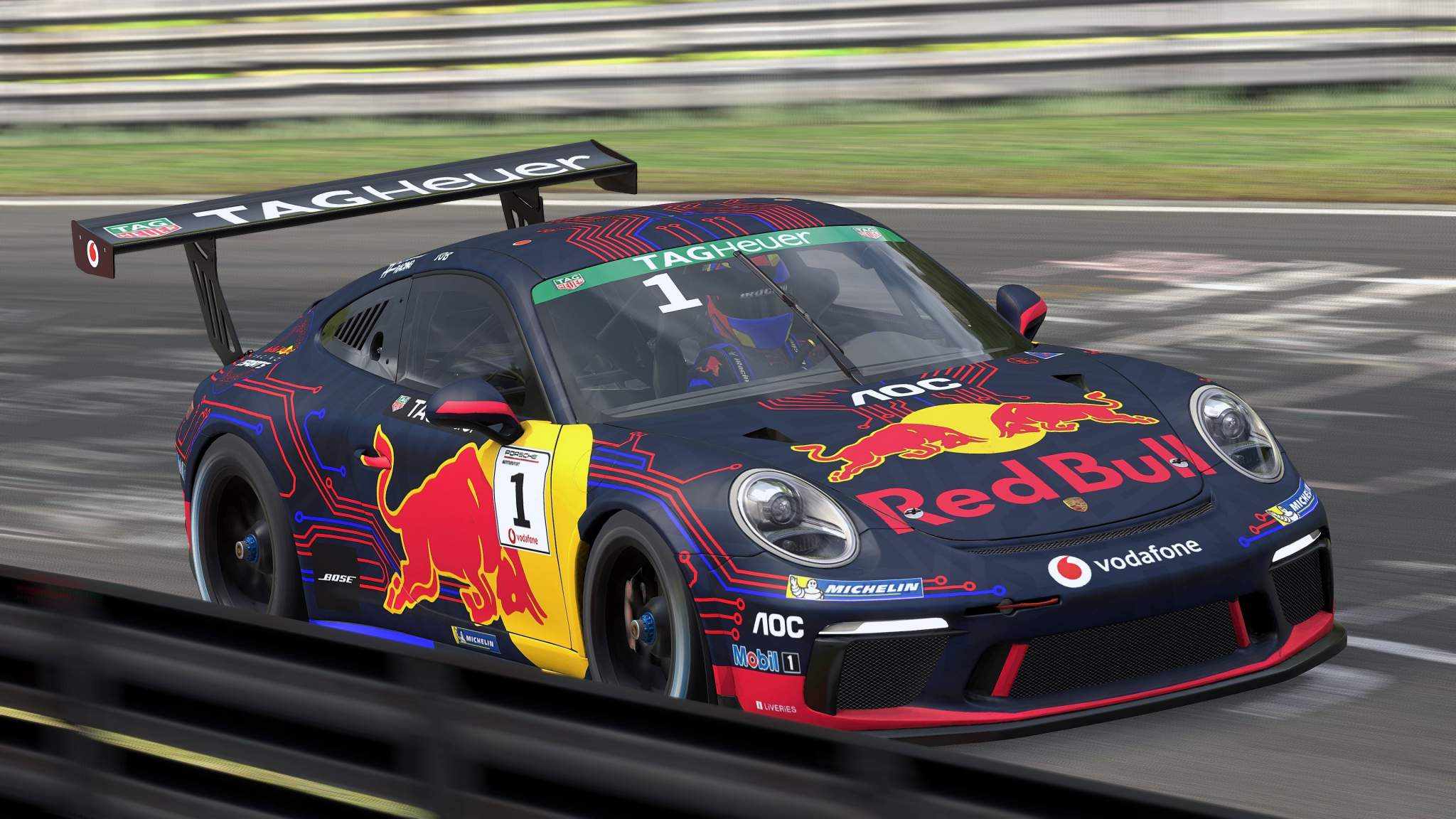 Both of the past champions moved up the order in the opening few laps, by contrast though deJong lost a position to Job and Jamie Fluke off the start to fall to ninth.

Later in the first lap the engine in the back of Job’s car blew up after a suspected over-revving by downshifting too early over the jump at the Pflanzgarten section, meaning the Red Bull Esports driver scored no points from the feature race.

Race 1 probably the best race I've driven in my career, pace wasn't there in the car unfortunately but pushed like crazy to not lose draft and managed to snatch the win at the end. 🥇

Race 2 engine blows up 👍 not much more to say about that.

Onto the next one pic.twitter.com/G2x1tqTsmX

With his closest title rival out of the running, Rogers was unchallenged from behind and was able to work his way up to first place and claim his seventh race win of the season.

Diogo Pinto cleared Tommy Ostgaard down the Dottinger Hohe on the final lap to take second place, meanwhile a comparatively underwhelming race for deJong meant the American crossed the line in sixth.

With two rounds of the championship left to go Rogers looks likely to become a two-time Porsche Esports Supercup champion as he holds a 127 point lead over deJong in second place. 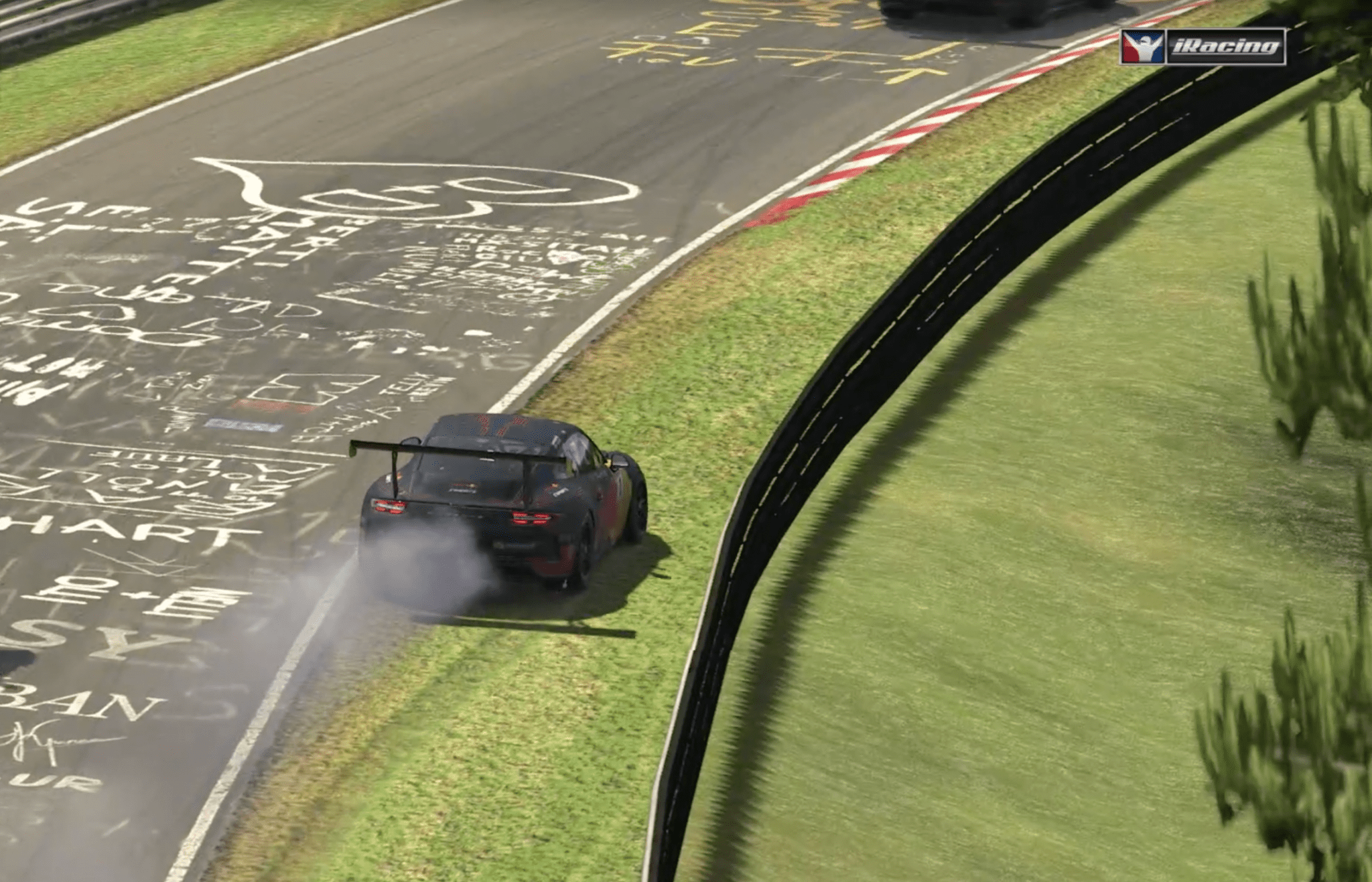 The defending champion Job is still mathematically in contention, but trails Rogers by 148 points with a maximum of 170 still up for grabs.