An engine that had been carried over from previous races meant the two Evolution Motorsports drivers lacked speed in qualifying, with Dennis Jordan starting the race in ninth and Bock in 11th. 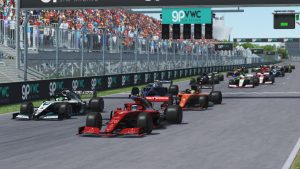 The only other two drivers who can still mathematically win the drivers’ championship, Jernej Simoncic and Adam Maguire, locked out the front row and had brand new engines for the Russian Grand Prix.

Simoncic held onto the lead for the first few laps before Maguire dove to the outside of Turn 13 which gave him the inside line for the following two corners, where he claimed the lead.

Maguire’s Edonis Engineering team-mate de Waal started the race in sixth but fought his way up the field and overtook Simoncic a corner after his team-mate did, as Simoncic ran wide and gave de Waal the space to establish second behind Maguire.

After a round of pitstops in which Simoncic temporarily fell behind Rait Kilk who pitted three laps earlier, race leader Maguire had a three second advantage over Simoncic. 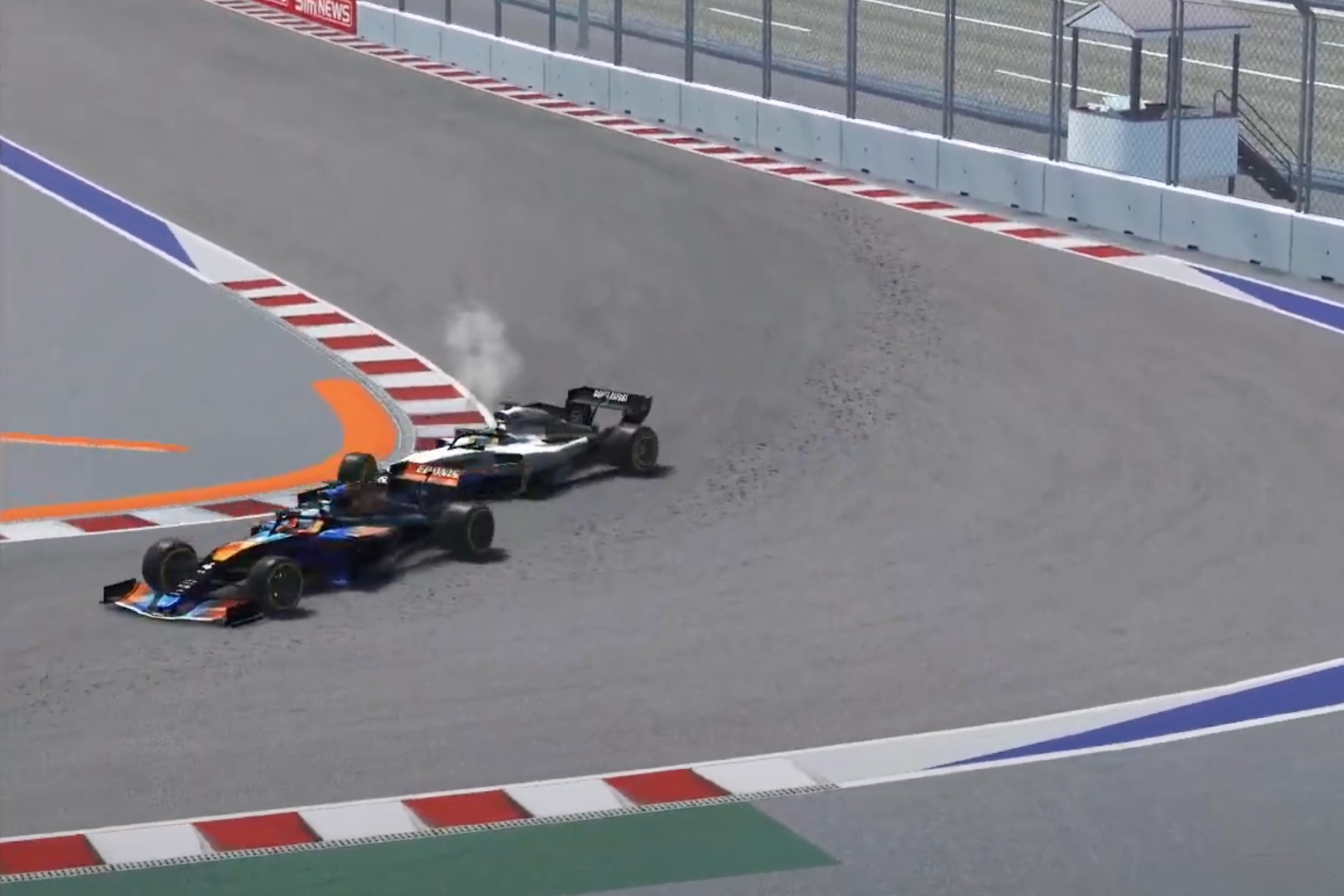 That gap was closed down in the final few laps as the two Edonis Engineering drivers battled, with de Waal passing Maguire for first, and the pair had to conserve fuel to make the chequered flag.

It wasn’t until the final lap that Simoncic made a lunge on Maguire (above), but the former locked up as they headed to Turn 13 and spun around, allowing Kilk through and into third.

In a desperate attempt to reclaim the final podium position, Simoncic (below, right) took a quick entry into Turn 15 and hit Kilk (below, left) sending both drivers spinning.

Kilk recovered before losing any positions to finish in third, behind both Edonis Engineering drivers with de Waal taking his first Superleague race win. 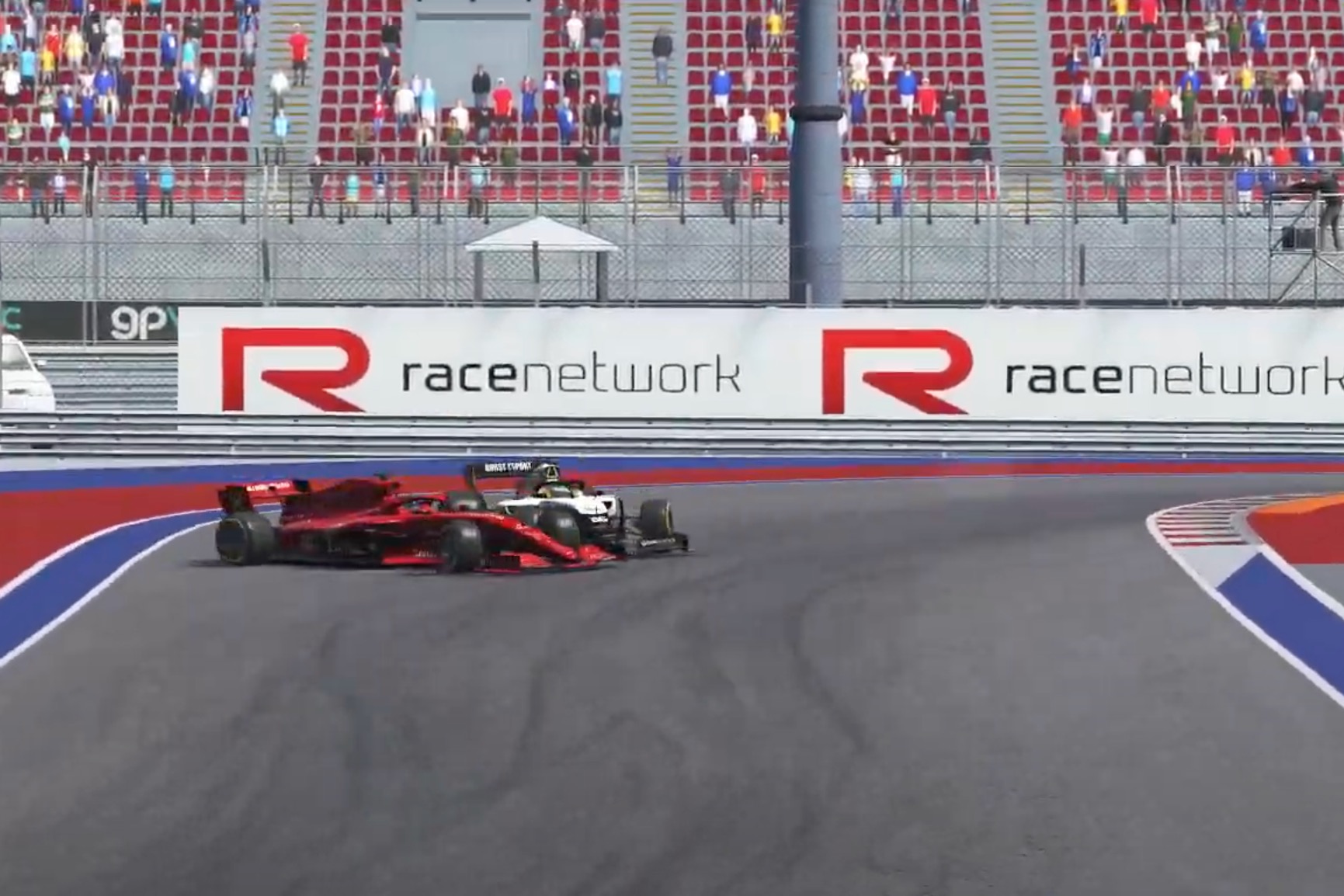 Simoncic crossed the finish line in fourth although his contact heavy final lap could result in a penalty being retroactively applied to his race time.

The 1-2 finish for Edonis Engineering puts them in the lead of the constructors’ championship as former leaders Evolution Motorsports had its drivers finish the Russian Grand Prix in 10th and 11th.

Liam De Waal's long awaited victory in the grandest stage has arrived! Congratulations! @TRL_Rosberg joins in for some donuts – only the Edonis Express pairing could pull that off! #RussianGP #Simracing pic.twitter.com/b7j9ie5itm

Bock’s drivers’ championship points lead was cut from 33 to 17 points as Maguire became the second driver to score more than 200 points this season.

The next round of GPVWC’s season will take place on September 24 as the series visits the Suzuka circuit. 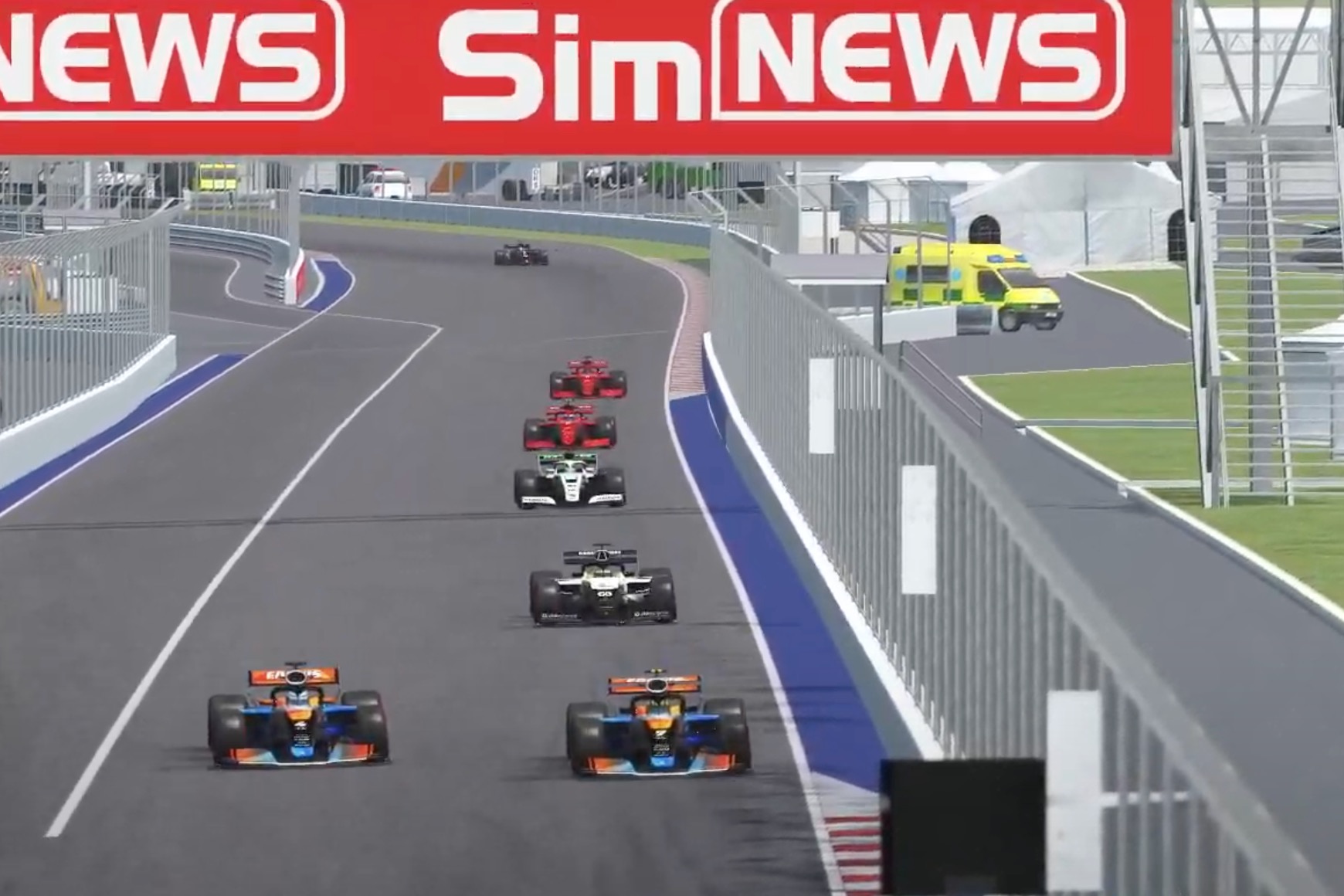