Team Redline won their second race in a row in the BMW SIM GT Cup on iRacing, with Maximilian Benecke and Enzo Bonito sharing driving duties in the winning car.

Their win nets the drivers $1200 each and a place in the BMW SIM Live final, joining fellow Team Redline drivers Gianni Vecchio and Jonas Wallmeier, who won the opening round in January. 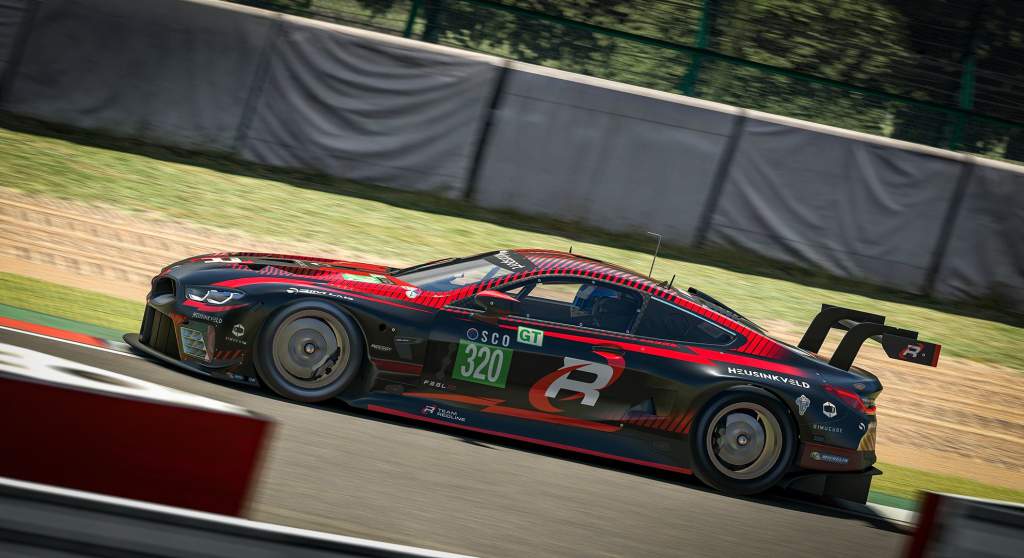 Bonito’s win comes just one week after he won the iRacing Bathurst 12 Hours alongside Max Verstappen.

The Dutch Formula 1 driver was also present in this race, having finished as the runner up in the first round of the BMW SIM GT Cup, which took place at Daytona.

This time in qualifying, around the Suzuka circuit, Verstappen was the third-fastest, behind only the Coanda Simsport duo of Dayne Warren and poleman Josh Rogers.

On the opening lap of the race Warren held onto the inside line on entry of the first corner whereas Verstappen was on the outside, tagging the back of Warren’s car as they rounded the turn and spinning the Coanda driver.

It was almost a repeat incident later on in the race as Verstappen caught up to Rogers and went for a move for first place on the outside of Turn 1, but Rogers lost control of the car on the kerb and spun into the side of Verstappen.

Both drivers dropped from the top two positions, with Verstappen rejoining the track in eighth and Rogers in 10th.

This is the video of what happened to @Max33Verstappen and @JKRogers_92. 🎥

And guess what – they're behind each other again! 😃#BMWSIM @iRacing pic.twitter.com/qw4pa0TXkm

Once Verstappen stopped to change over to his team-mate Gianni Vecchio they fell to 12th, before getting disqualified for exceeding the incident point limit.

Before the pitstop phase began Benecke was in third place and was able to jump ahead of Vlad Khimichev of R8G Esports, taking advantage of the latter’s slow stop.

With Bonito taking over from Benecke the BMW Team Redline car was able to hold off the chasing MSI eSports car and win by a margin of nearly four seconds.

Alejandro Sanchez and Salva Talens shared driving duties for the second-placed car, while Mitchell deJong took over front Rogers in the Coanda car and eventually crossed the line in third, netting $300 for the pair.