Oct 25 2021
By Valentin Khorounzhiy
No Comments

The 2021 Emilia Romagna Grand Prix was already going to be the first Honda double podium in MotoGP since 2019 before Francesco Bagnaia’s late crash, which then turned it into the Japanese manufacturer’s first 1-2 finish since 2017.

But while Marc Marquez made it three wins for the season and factory team-mate Pol Espargaro posted a career-best finish of second, Honda’s two other bikes on the grid – the 2021-spec RC213Vs of LCR riders Takaaki Nakagami and Alex Marquez – combined for just one point.

The two LCR men were fighting for 12th place when their team’s race unravelled in full over just a few corners, covering the end of the ninth lap and the start of the 10th lap. 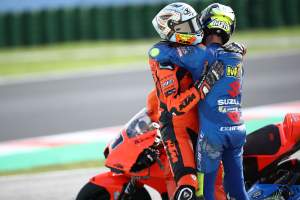 And with this going unseen on the broadcast due to the battle out front, it took the younger Marquez and Nakagami to clear up what had transpired.

“When I had the crash, Turn 14, which is sector four, the slowest turn right – and yeah, that moment I tried to overtake Alex, my team-mate. But the line was a tiny bit outside, I tried to stop the bike and I lost the front,” explained Nakagami.

Asked whether there’d been contact with his team-mate, he clarified there hadn’t been, adding: “I just lost the front, like a lowside – was very low speed.”

“Taka, I think he tried to overtake me, I overtook him again, but in that corner he crashed, he went wide,” Alex Marquez confirmed.

“Three corners later I had an issue with the bike, that in my dashboard I had a message ‘stop engine’ and I stopped the engine. 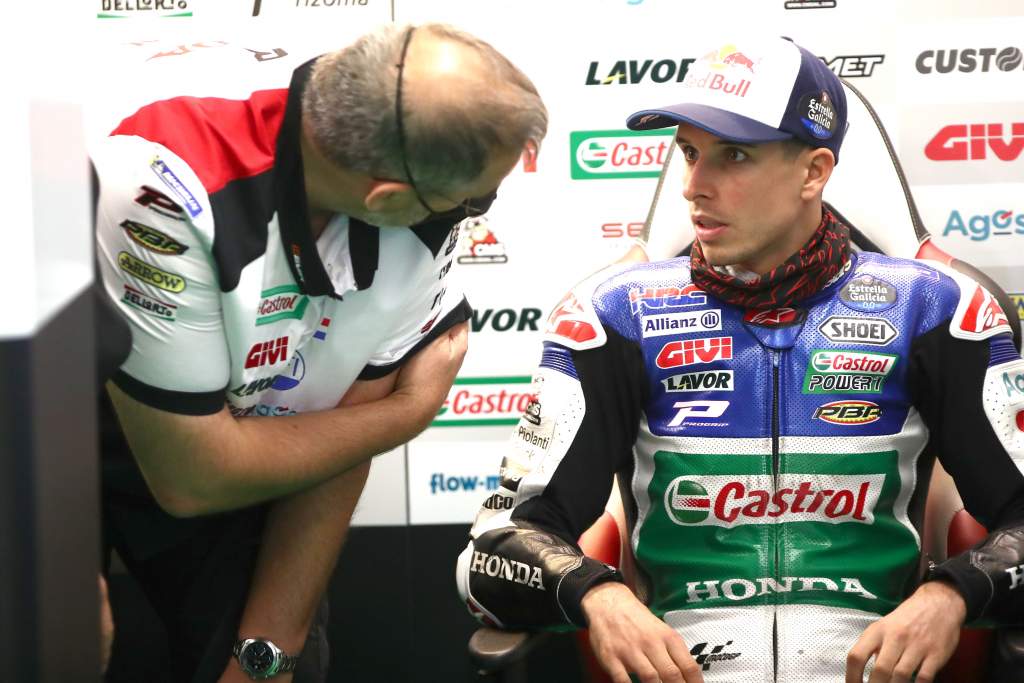 “I cannot say anything more because we’re trying to see what happened, and it’s the team that needs to communicate what happened. Just I had an issue with the bike and I needed to stop.”

Quizzed on whether he’d felt a loss of power before pulling over or simply heeded a dashboard message, he said with a smirk: “[There was] some issue with the bike.” 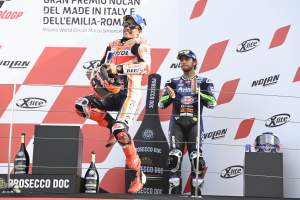 Worryingly, the younger Marquez was not alone in being thwarted by a technical problem, with Nakagami feeling his race had already been thwarted before the crash.

“To be honest, before the race I had already some issue with our bike, before the start I knew that it’s going to be difficult, because we don’t have the time to solve the problem,” said Nakagami, who ultimately remounted the bike and claimed the final point as the last finisher.

“The problem was the rear feeling and then we tried to understand but still we didn’t understand yet, about [whether] it comes from the suspension or… I’m not sure, but it was something, a really bad feeling from the rear.

“Also I had the crash, but the rear feeling was terrible, I couldn’t stop the bike from the beginning of the race. I’m lucky to take one point, but I’m really disappointed with what happened already before the race.”

Nakagami said the bike was fine out of the pit box but “something happened” while it stood on the grid, with it already feeling like there was “no damping” on the warm-up lap. 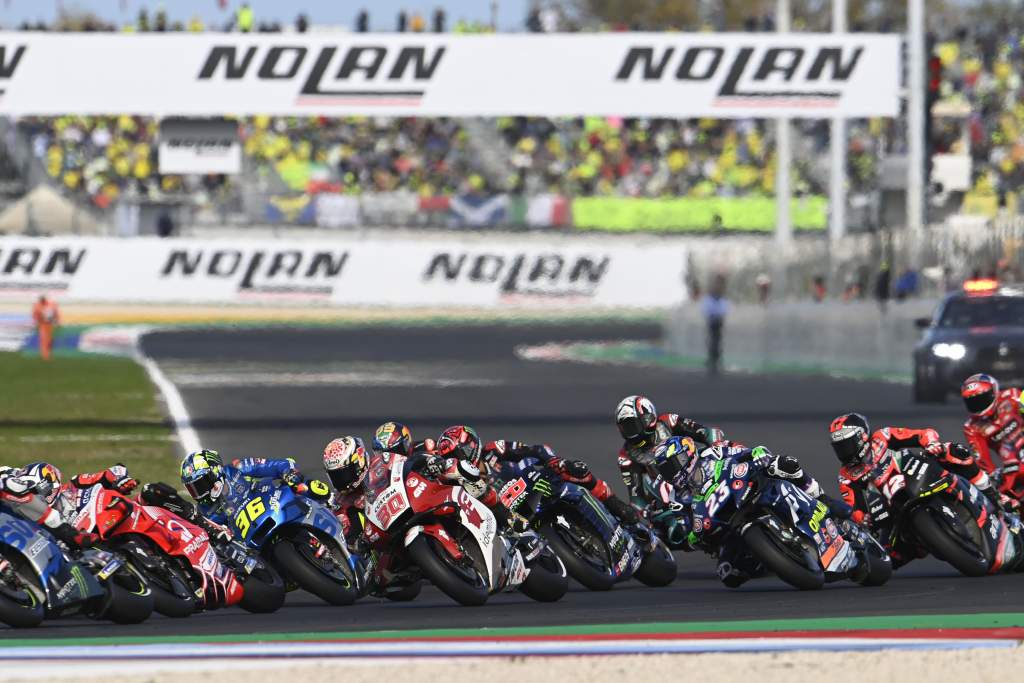 He said suspension supplier Ohlins was already looking into the issue. The low points tally from the day meant LCR has slipped behind the Gresini-run Aprilia works team – its only realistic rival in the team’ standings – and into eighth place.

Though Alex Marquez and Nakagami both fell out of contention while only battling for 12th, the former pointed out that there had been a big result on the table given the high rate of attrition in the cool conditions at Misano.

“It’s a shame because in that moment we were behind [Johann] Zarco, he finished fifth, and today I think it was possible to be in top six, top seven, top eight for sure.”