Verstappen was drafted in to make a guest appearance in the second round of the BP Supercars All Stars Eseries, which features the full grid from the marquee touring car category.

He qualified his Red Bull-liveried Holden sixth for the opening race at Silverstone, and said after the session: “I’m still getting used to it, I’m definitely not the best in this car. Actually from my feeling, I’m struggling a bit in it. But it’s fun, it’s really cool. Luckily the tracks [for this round] I know, so that helps a bit.

“[The issues are] nailing the grip, unlocking wheels, and having wheelspin out of the corner, I’m still not really good on blipping the throttle so I’m using the auto-blip at the moment. Probably there is a bit of time in that.”

Yet a superb opening lap put Verstappen in podium contention instantly, as he picked off Andre Heimgartner for fifth immediately after the start, forced his way past Chaz Mostert a few corners later and then gained two more spots in one corner.

This was made possible by Supercars champion Scott McLaughlin battling Shane van Gisbergen for second through Becketts, the former forcing the latter wide on corner exit and allowing Verstappen to sweep by both of them.

How awesome was this move from @Max33Verstappen to get past two @Supercars champions and on to the podium in his first race! 💪🏆 Watch live 📺👉 https://t.co/rTyaEPToLX #VASC pic.twitter.com/8GPOadyEJ8

Verstappen’s charge halted there, with poleman Anton De Pasquale in a league of his own out front and going on to claim a comfortable win in the seven-lap race.

But while van Gisbergen was soon all over Verstappen, with McLaughlin also threatening in tow, the Red Bull F1 man soaked up the pressure and brought the car home in second as part of an all-Holden podium.

The reversed-grid format of the second Silverstone race left Verstappen starting P25, and though he was making progress on the opening lap, his race unravelled in a series of apparent incidents – a sideswipe on Will Davison exiting Stowe among them. He ultimately finished the race in 18th after losing a last-lap battle with Alex Davison.

Cameron Waters won the race in his Monster Energy-liveried Ford after passing Jake Kostecki with two laps to go, while De Pasquale made it up to third from 26th despite being briefly tapped sideways by van Gisbergen late on.

Verstappen again qualified sixth for the first race at the round’s second venue, Barcelona, and was again up to fifth right at the start.

He nudged Mostert wide at Turn 1 and was immediately promoted to third as McLaughlin spun seemingly of his own accord a few metres up the road. Later into the lap, Verstappen found his way past Will Brown – racing as stand-in for David Reynolds.

This left only poleman van Gisbergen up ahead, and as he established a 1.5-second lead Verstappen was forced to settle for another second place.

Yet another strong start in the final race, an 11-lap Barcelona showdown, helped Verstappen from fifth on the grid to third coming into the first corner, and when poleman De Pasquale spun off at Turn 2 – potentially as a result of an internet connection-caused collision with Verstappen – the Red Bull F1 man slotted in behind race leader van Gisbergen once more.

Hounded by third-placed McLaughlin for the next few laps, Verstappen took the race’s mandatory stop on lap four – the same lap as his pursuer – and saw his advantage over McLaughlin extended substantially after the stop.

Leader van Gisbergen waited to stop until two laps later, and was jumped by Verstappen while coming out of the pitlane. But the tyre offset allowed van Gisbergen to make quick work of Verstappen at the start of the ninth lap of 11, as he dived out of the guest driver’s slipstream on the start-finish straight and assumed the lead.

Van Gisbergen quickly pulled over a second clear in the aftermath, but with the McLaughlin threat no longer looming Verstappen was free to ease to his third runner-up finish in four races. 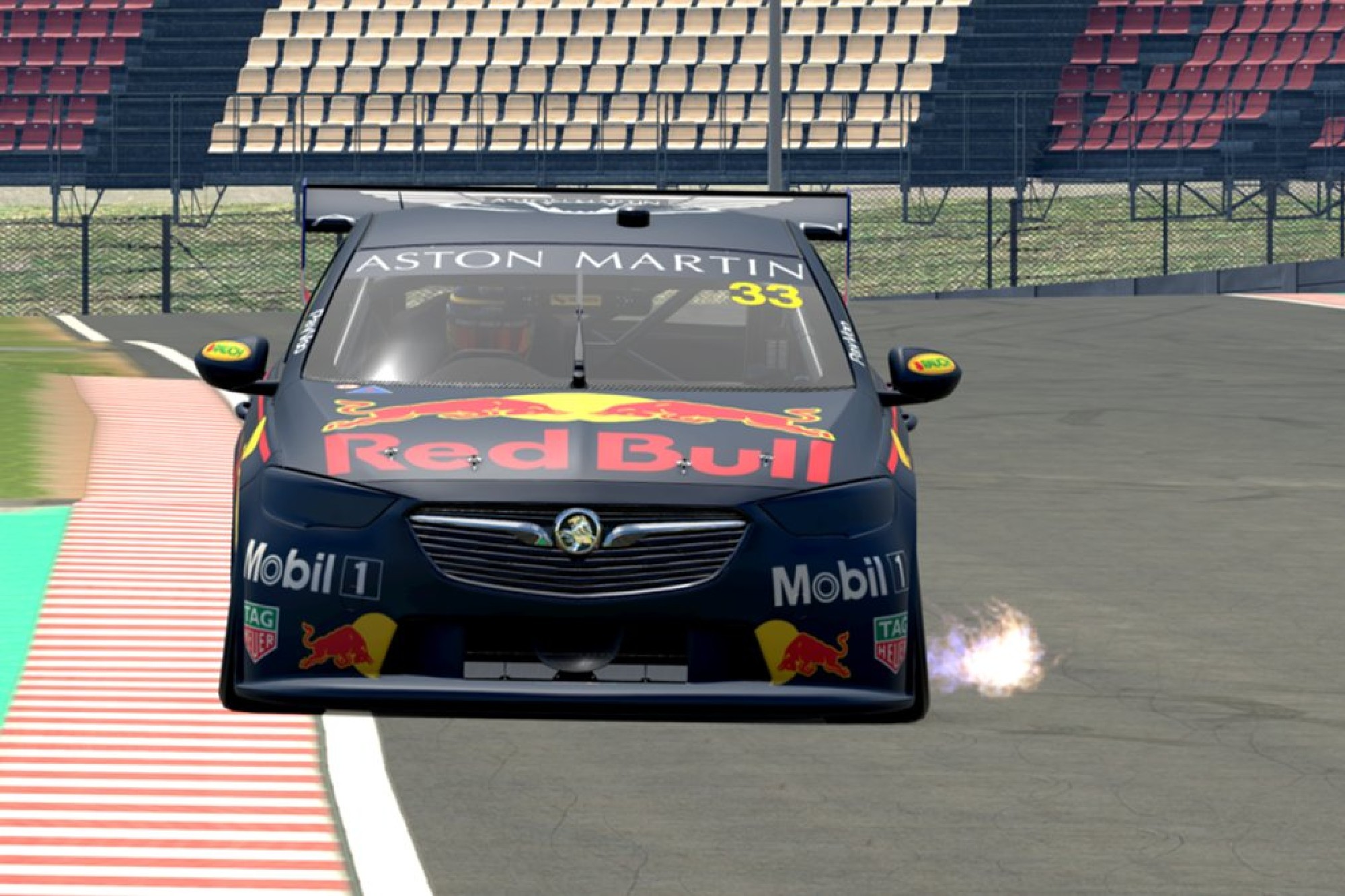