Fernando Alonso believes the Alpine team is “ready to fight” at the front in Formula 1 given how effective it has become at extracting the maximum from the car trackside.

Alpine has, on average, the sixth-fastest car in dry conditions and has recently fluctuated in and out of being a Q3 car.

But it has consistently scored points with two cars in the top 10 in four of the last six races and points in all of them.

Alonso qualified and finished sixth at Sochi in what he suggested was his best race of the year, with his performance in the wet qualifying session a surprise given Alpine’s wet-weather struggles earlier in the season.

While Alonso didn’t believe that represented a breakthrough in the team’s understanding of the car in the wet, it does show the positive trend. 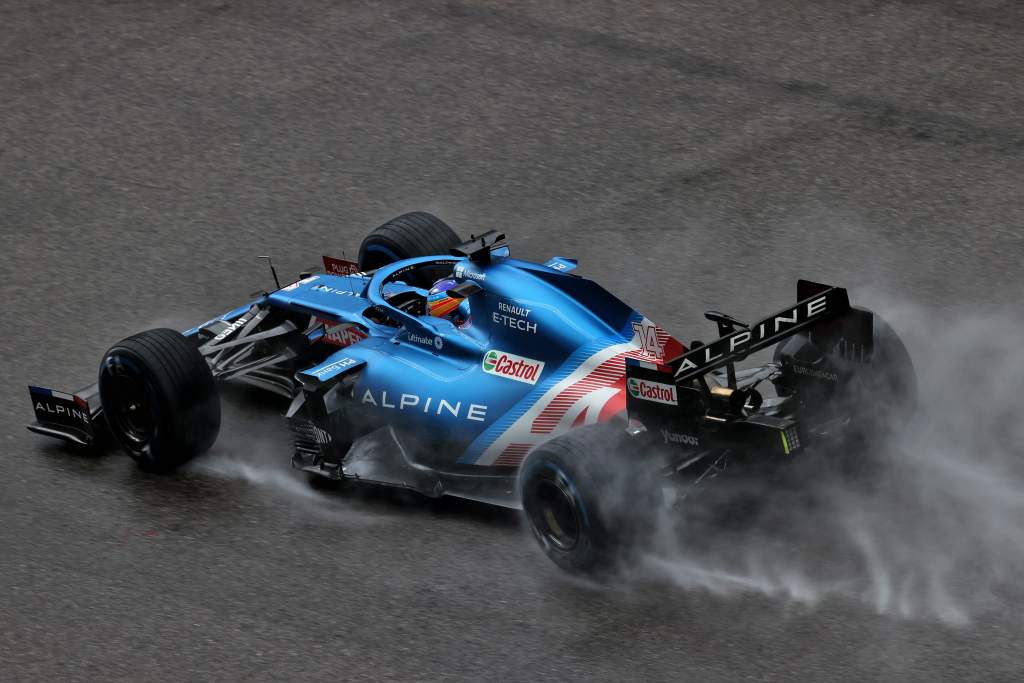 “The team is doing fantastically well, every weekend we are optimising things,” said Alonso.

“We could even have finished on the podium [at Sochi] so that is something we are doing good on the weekends and on Sundays, especially to score so many points with not the fastest car out there. 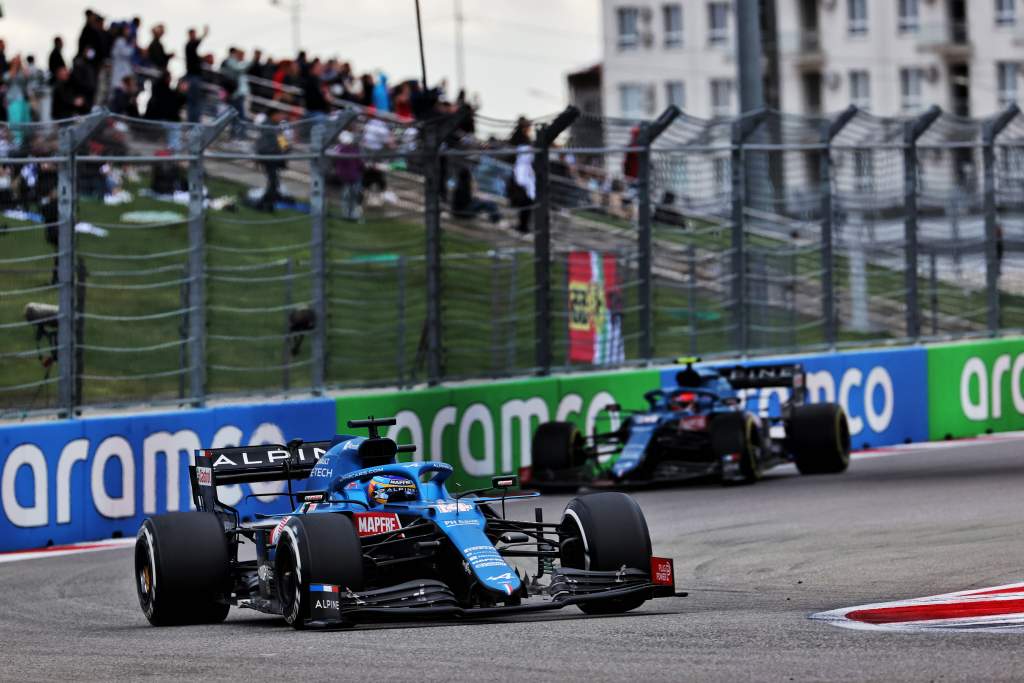 “I’m very proud of the team of the progress, we are working towards a very strong team.

“And looking to next year, hopefully the package is competitive out of the factory but the team here on the other race weekend is ready to fight.”

Alonso and team-mate Esteban Ocon hold 10th and 11th places in the drivers’ championship with 58 and 45 points respectively. Alpine is fifth in the constructors’ championship and leads AlphaTauri by 19 points.

THE RACES THAT PROVE ALONSO’S POINT 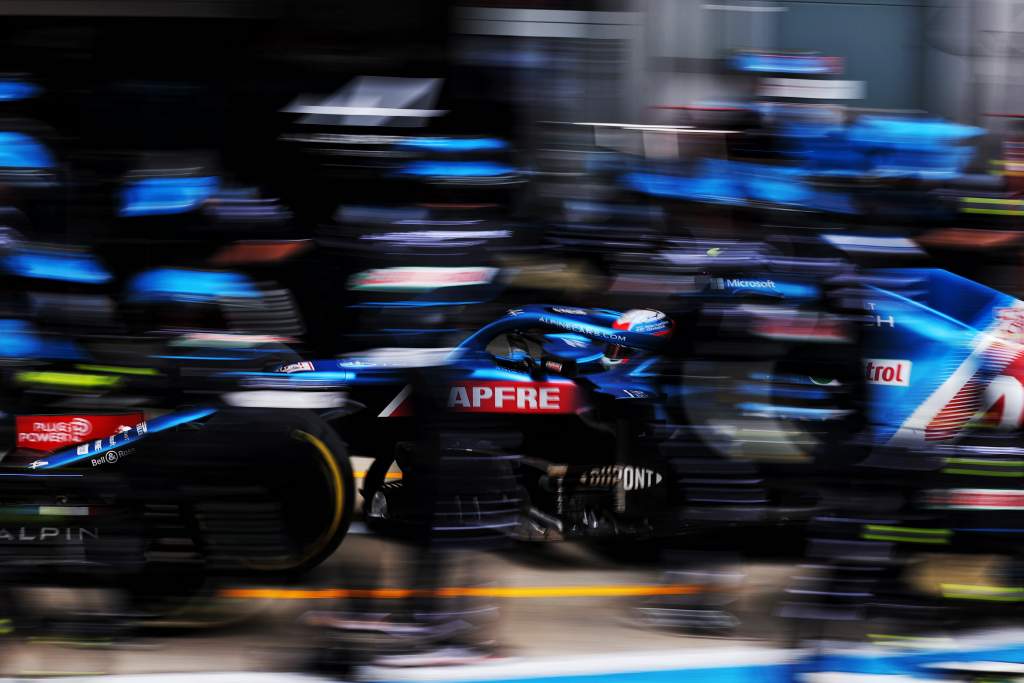 A look at Alpine’s performances in recent times compared to the start of the season supports Alonso’s argument that the team is now doing an effective job at extracting the potential of the car trackside.

Imola was an early example of its struggles in the wet, as although Ocon and Alonso finished ninth and 10th this was aided by Kimi Raikkonen’s post-race time penalty and the fact that Valtteri Bottas and George Russell both retired when the Williams driver lost it on the grass and collected the Mercedes.

Even at Spa, Alpine struggled a little in wet qualifying conditions, with its nearest rivals in the championship – Aston Martin and AlphaTauri – faster on Saturday.

But come the wet qualifying at Sochi, Alonso reckoned he would have been at least fourth but for drifting onto the wet line at Turn 16 and having a moment. On slicks in the damp, he flew and got up to third before it got too wet and he pitted for intermediates, finishing sixth.

In dry conditions earlier in the season, Alpine’s performances were also erratic. While Alpine had a strong weekend in Portugal, with Ocon qualifying sixth and finishing seventh while Alonso climbed to eighth from 13th, in Spain it turned fifth and 10th on the grid for Alonso and Ocon into 17th and ninth. 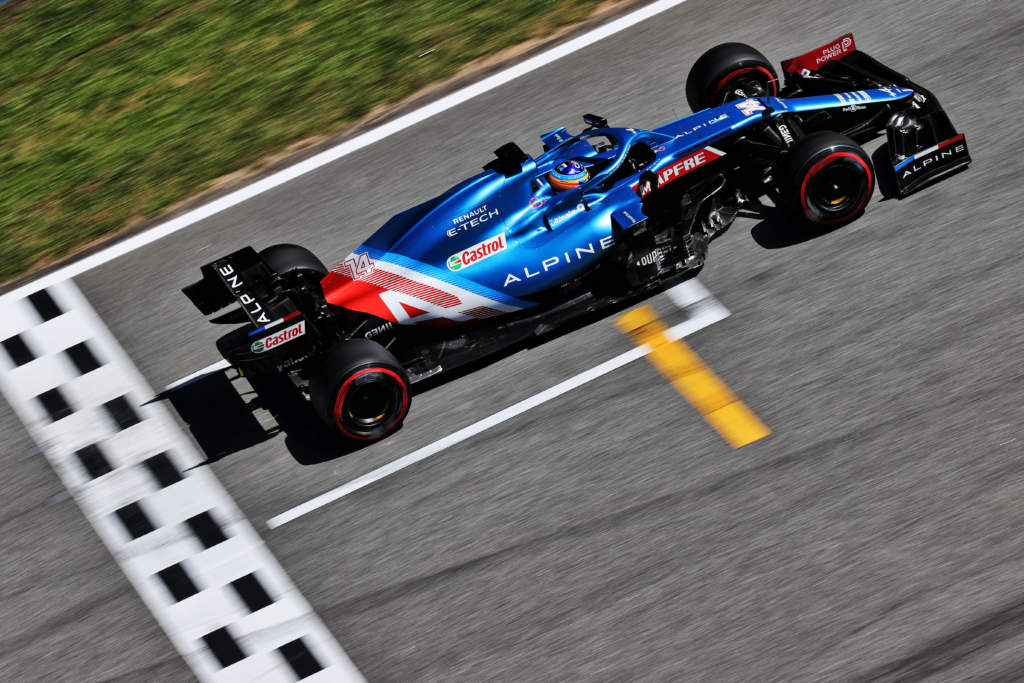 But that was primarily down to strategy and the team felt it was getting on top of the car, albeit with question marks about the balance of qualifying versus race pace.

That was followed by a difficult weekend in Monaco where both drivers struggled with tyre temperature and Ocon only managed to salvage ninth place after doing a good job to mitigate the problems to start 11th and finish ninth.

Alonso felt it took him half-a-dozen races to get close to full sharpness, but once he was there it resulted in sixth place in Azerbaijan at the start of nine consecutive points finishes – disregarding the 11th place at Spa given that was not a race worthy of the name.

Ocon’s also had a consistent run once his car was overhauled ahead of the British Grand Prix following his Red Bull Ring struggles, with a front suspension problem reckoned to have held him back prior to that.

The Hungary win is the standout performance and was heavily dependent on luck, but once Ocon got into the lead it was a well-executed race. 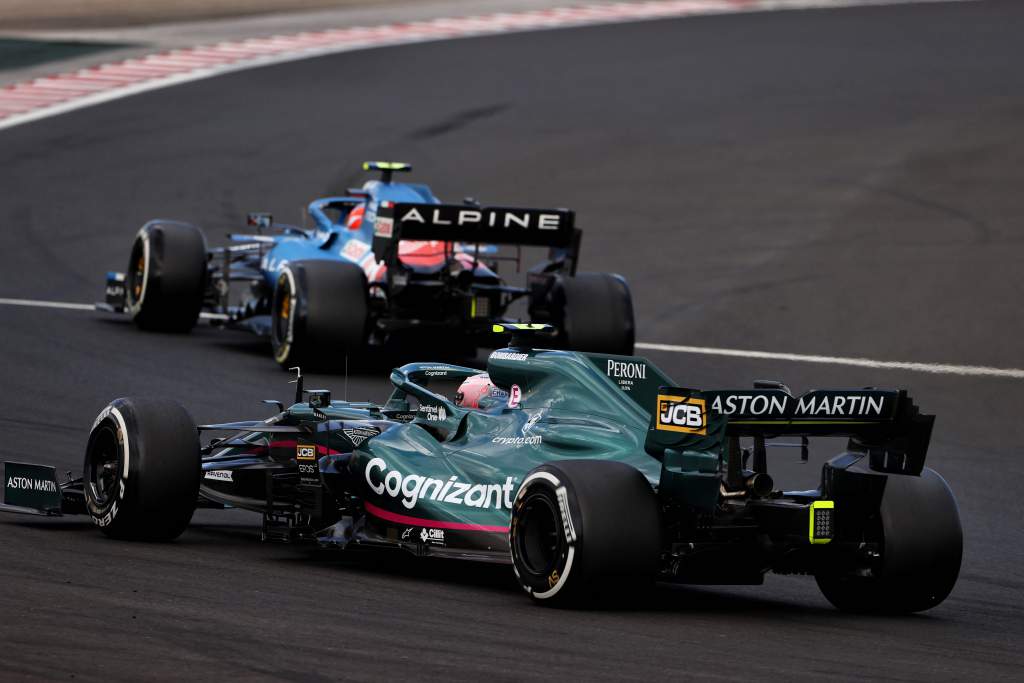 It was Aston Martin, with Sebastian Vettel, that had a slip at the pitstop that ensured Ocon was insulated from the attack of the undercut. Alonso’s defensive driving against Lewis Hamilton was also crucial to that win.

Alpine has also become the most consistent of all the midfield teams if you look at its average pace in terms of standard deviation – a measure of the spread of data – which also supports the view that after its erratic form in the very early races it has emerged as a dependable performer, even if its car isn’t as quick as it should be.